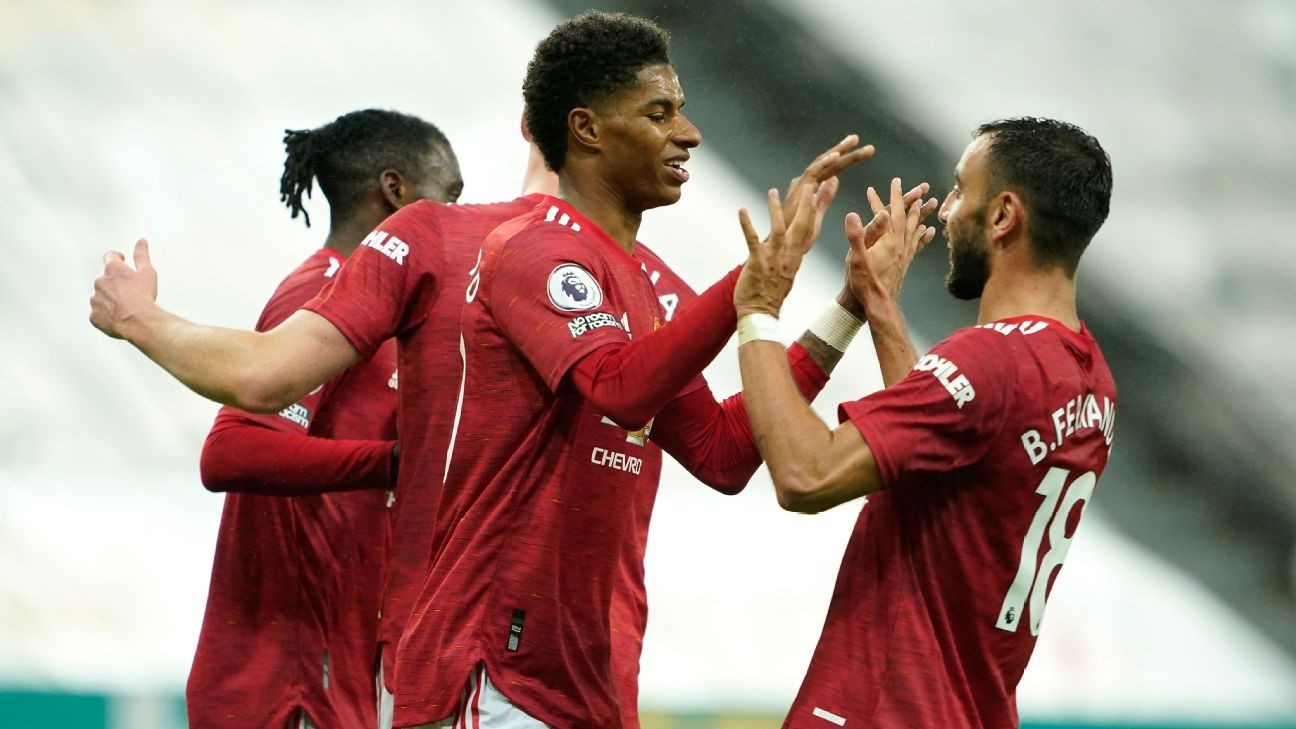 The home side took a shock head after just two minutes, when Luke Shaw turned a relatively innocuous cross into his own net -- much to the dismay of a helpless David De Gea. However, the early goal appeared to fire Man United into life, who struck back 20 minutes later. Harry Maguire took a big step towards redemption following a tumultuous few weeks, powerfully heading home from a United corner.

The travelling side dominated proceedings thereafter, and finally got their reward with 10 minutes to go -- Bruno Fernandes finishing expertly from a Rashford pass. Aaron Wan-Bissaka added a third moments later, before Rashford finally grabbed a goal of his own to seal the win in style.

Despite going a goal down just minutes after kick-off, United didn't let their heads drop. Instead, they raised their game, showing hunger and appetite not seen for some time. While the United defence did look susceptible to Newcastle counter-attacks, overall, things were a lot tighter than they had been in recent weeks. The travelling side were quick to close down their opposite numbers, limiting the Magpies to just a handful of attempts.

While they were much improved from a fortnight ago, it must be said that weaknesses do remain. Long balls over the top and counter-attacks both seem to cause panic in the heart of the United defence, a problem that can't be rectified after only two weeks.

In an attacking sense, the Red Devils also could have been more clinical in the first half.

Manager rating out of 10

7 -- Opted for a number of drastic changes, with Paul Pogba being the most obvious absentee. Seemingly, the changes all paid off, as there was a notable improvement in terms of work rate and overall intensity. Daniel James and Juan Mata both came back into the starting XI, and looked incredibly dangerous throughout -- justifying their selections. In addition, Solskjaer's decision to play Rashford as the lone striker was similarly inspired, as the England international caused Newcastle all kinds of problems centrally.

GK David De Gea, 7 -- Pulled off a number of superb saves to keep his side in the game. Appeared to shake off an early shoulder injury after a collision with the post.

DF Aaron Wan-Bissaka, 7 -- Defensively sound, but often wasteful going forward. That was until the final 10 minutes, where the full-back unleashed a thunderous shot to net his first goal for the club.

DF Victor Lindelof, 6 -- Positionally, the central defender was worryingly wayward at times. Nevertheless, his solid distribution allowed United to build possession well from the back.

DF Harry Maguire, 7 -- A far more assured, disciplined display from the skipper; but then again, after the Spurs "disasterclass," the only way was up. Took his headed goal very well.

DF Luke Shaw, 6 -- Deflected a cross into his own net for Newcastle's opening goal. Recovered fairly well in the second half.

MF Fred, 6 -- The Brazilian was very often wasteful in possession, much to the dismay of his teammates. Hardly the return to action he would have wanted.

MF Scott McTominay, 7 -- Comfortable in possession and positionally disciplined. Playing as the most withdrawn United midfielder, he did a solid job for his side.

MF Bruno Fernandes, 9 -- Saw his brilliantly-taken goal ruled out for offside in the first half. The 26-year-old also missed a penalty on the hour mark, but would soon make up for it - firing home late on to give United a vital lead.

FW Daniel James, 6 -- Looked dangerous in spells, but as is often the case with the young Welshman, his end product was once again missing.

FW Marcus Rashford, 9 -- The forward was a live wire and a constant thorn in the side of the Newcastle defenders. He earned a penalty for the away side, set up United's second goal, and grabbed one of his own with seconds remaining.

MF Nemanja Matic, N/R -- On for injury time as United went on to score a fourth.