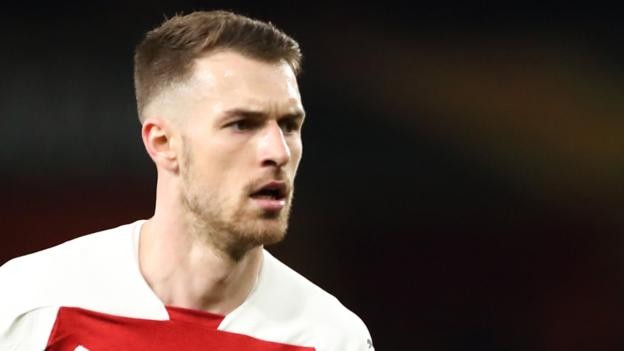 Ramsey, 28, has signed a pre-contract agreement to join Juventus at the end of this season.

Baresi, who won three European Cups with Milan and a World Cup with Italy during his illustrious career, believes Ramsey will thrive in Italy.

"I think Juve has really landed a great coup there and I'm sure he'll be able to adapt to Italian football."

Was Ramsey undervalued at Arsenal? Ramsey agrees to join Juventus

Ramsey, who joined Arsenal from Cardiff City in 2008 for a fee of around £4.8m, held preliminary talks with Barcelona and also received an offer from Paris St-Germain before agreeing to join Juventus.

He will be the highest-earning British player ever based on basic salary - having signed a four-year contract worth £400,000 a week - and joins a Juve side which has won seven consecutive Serie A league titles.

Ramsey already has some experience of playing in Italy, having scored for Arsenal in their 2-0 Europa League win away against AC Milan last season.

That was one of the displays which caught the eye of former centre-back Baresi, who was voted Milan's player of the 20th century and had the club's shirt number six retired in his honour.

The six-time Serie A winner hopes his former club and others can close the gap on Juventus next season.

"Juventus has owned Serie A in the last few years so it's important to see what the other teams can do in terms of growing," said Baresi.

"Teams like Inter, Roma, Milan, Lazio and Napoli are definitely all growing at the moment.

"Champions League qualification will be very important for Milan this year. It brings in money, it brings in opportunities for investment and chances to progress so it's important."