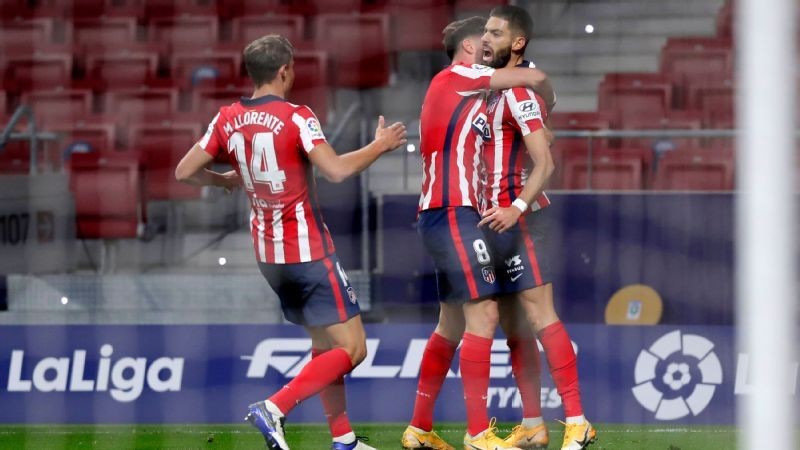 Diego Simeone earned his first-ever win over Barcelona in La Liga on Saturday, with Yannick Carrasco scoring the only goal of the game in Atletico Madrid's cagey 1-0 win. The victory, which puts Atletico second in the league on goal difference, keeps Barca in mid-table after eight rounds of action.

At the end of a sleepy first half with few clear-cut chances, Carrasco scored from long range on a counter-attack in first-half stoppage-time, calmly finishing into an empty net from 35 yards after rounding Barca keeper Marc-Andre ter Stegen, who'd come into midfield in a bit to prevent Carrasco's advance.