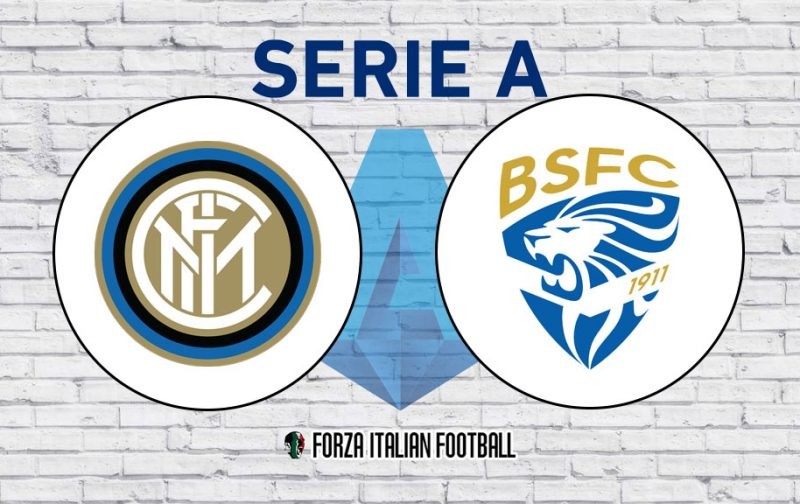 After leaving it very late to overcome Parma last time out, Inter will be hoping for a more comfortable time of it against Brescia at San Siro on Wednesday evening.

– Brescia have shared 16 draws so far in Serie A against Inter – more than against any other opponent. Brescia have also conceded a Serie A-record 82 goals against the Nerazzurri.

– Inter have lost only one of their last 11 league games against Brescia, losing back in February 2004 (W7 D3).

– Brescia have managed to beat Inter only once in 22 meetings at the Stadio Giuseppe Meazza, losing 16 times.

– Over their last 10 trips to the San Siro, Brescia have alternated between scoring and failing to score – their last meeting there ended 1-1 in 2010.

– Inter are unbeaten in their last nine games against newly promoted teams in Serie A (W8 D1).

– Brescia have drawn their last two Serie A games and could go unbeaten in three consecutive matches for the first time this season.

– Brescia have lost the most points from leading situations (31) and gained the fewest from losing positions (one) in Serie A this season.

– Inter striker Romelu Lukaku has scored in each of his last three Serie A home appearances – previously, he had found the net in only three of his 11 home games.

– Brescia have scored three Serie A goals in the opening 10 minutes this season, all scored by Alfredo Donnarumma.