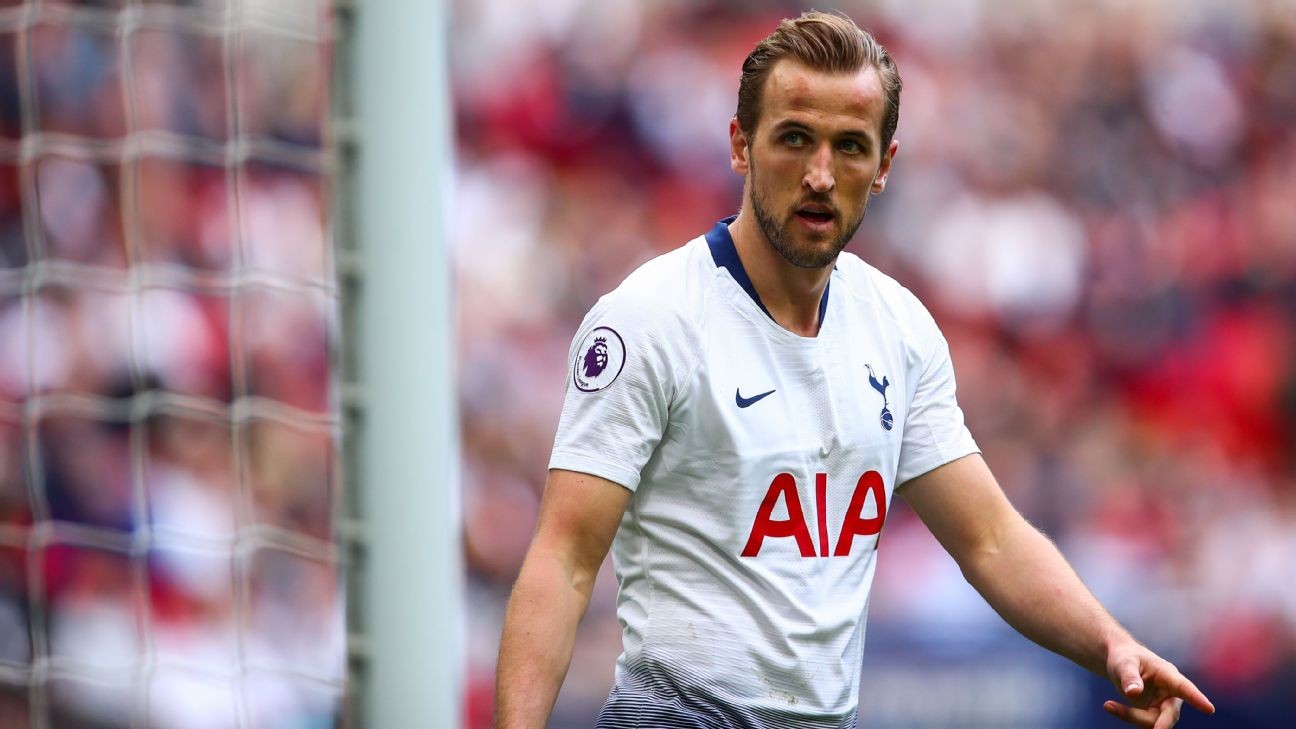 Steve Nicol explains why Harry Kane would be first out the door and on his way to a bigger club if Mauricio Pochettino leaves Tottenham.

Harry Kane has told ESPN it is important that Tottenham match his ambition to win trophies and keep improving, amid speculation over his future at the club.

Kane, who is ranked the world's No. 1 striker by ESPN FC, has been linked with Real Madrid but remains happy with Spurs' progress at the moment.

"I've always said as long as the club is moving in the right direction and showing the right ambition, I want to be part of the journey," he said.

Tottenham chairman Daniel Levy said the move to a new stadium will not affect the club's spending plans, despite Spurs not signing a new player for two transfer windows -- and Kane admits the club have a difficult balancing act looming in the next few years as they seek to win their first trophy since 2008.

"It's something you assess along the way," he said.

ESPN FC's experts ranked the best men's players and managers in world football. Check it out.

ESPN and Marvel teamed up to turn our favorite soccer captains into galaxy-dominating superheroes.

"It's not just, when we look back in 10 years, we had a great team. It's, 'Look what they did. Look what they won.' The challenge for us is, can we keep going up and up and up? It's going to be difficult in the next couple of years with the stadium and the finances."

Spurs coach Mauricio Pochettino has also been linked to Real Madrid, as well as to Manchester United, and Kane highlighted the Argentine's ambition as a factor in their combined success.

"We'll just have to see what happens this season, and go from there."