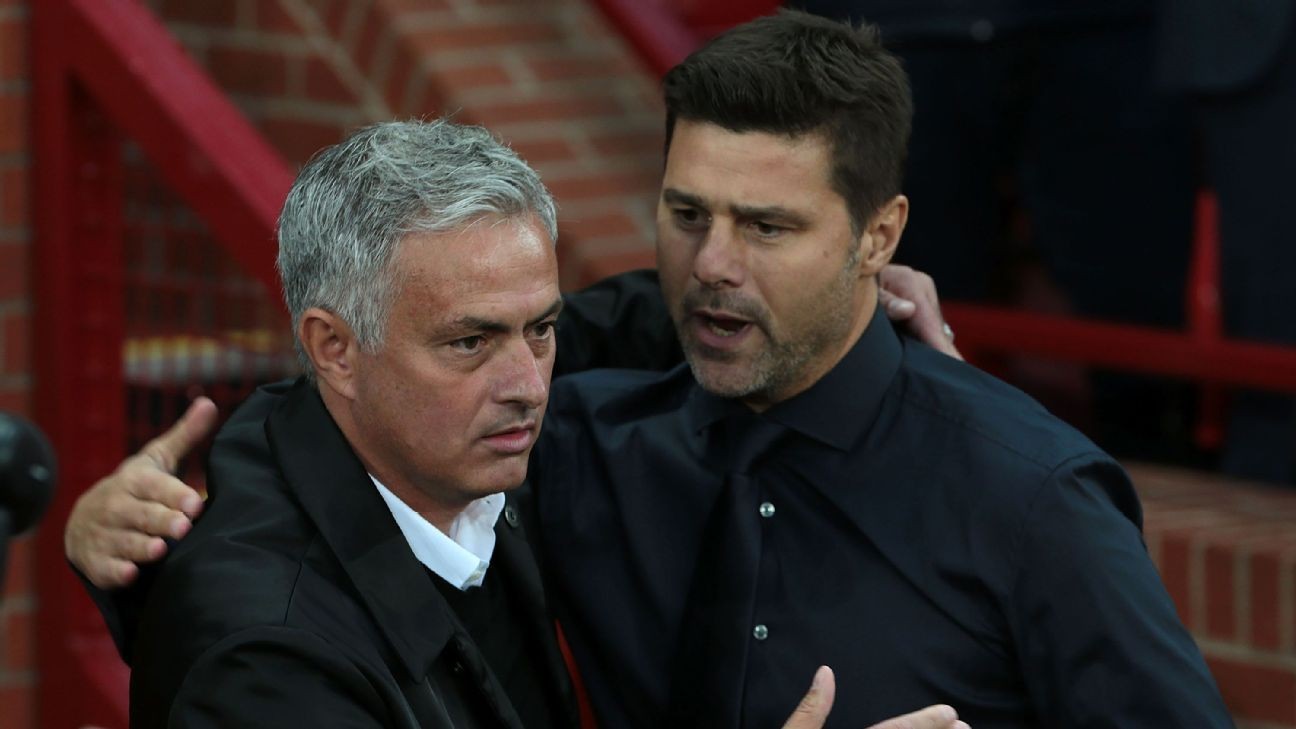 Don Hutchison and Craig Burley examine Mauricio Pochettino's options now that his gardening leave is over.

Don Hutchison explains why Newcastle should focus on obtaining Mauricio Pochettino ahead of players.

Mauricio Pochettino reveals he wants to return to Spurs in the future to "finish work we did not finish."

Don Hutchison and Shaka Hislop give their take on who the next manager of Newcastle should be.

Julien Laurens breaks down the possibility of Harry Kane and Mauricio Pochettino heading to Old Trafford.

Maurico Pochettino said he bears no ill will toward Jose Mourinho for replacing him as Tottenham Hotspur manager last year.

Pochettino was relieved of his duties by the north London club last November following a poor start to the season and promptly replaced by the ex-Manchester United and Chelsea skipper.

"I am so happy [Mourinho] is at Tottenham, replacing me," Pochettino told the Guardian. "I am happy as well to have left the club in the condition that we left it and for sure he is very grateful for the way that we helped to build the club, which is now his club."

Pochettino added that his friendly relationship with Mourinho stems from their days as rival La Liga managers at Espanyol and Real Madrid, respectively. Pochettino noted the irony of Mourinho replacing him at Spurs since he envisioned he would be a successor for the Real job.

"He was at Real Madrid. I say: 'Oh, maybe one day I can take your place at Real Madrid,' but look at how life works out. He has taken my place at Tottenham. Unbelievable, eh?" noted Pochettino.

Pochettino remains a prime candidate for a high-profile position and has expressed his interest in staying in the Premier League. Sources have told ESPN's James Olley that the Argentine is on the short list at Newscastle United should the club's pending and controversial sale to Saudi investors get approved.

As Pochettino waits a restart to football and an eventual new job, he lamented the sting he feels for Spurs' 2-0 loss to Liverpool in the 2019 Champions League final.

"We were much better than Liverpool and maybe we deserved a better result but finals are about winning," he said.