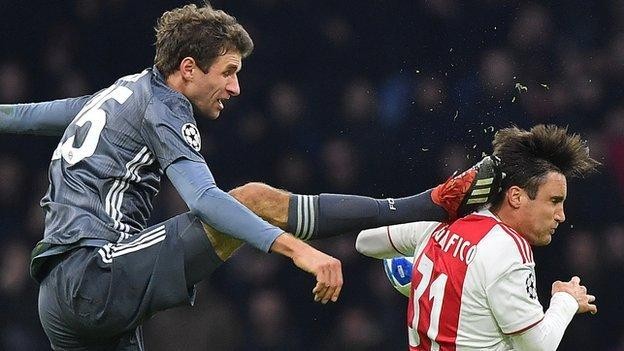 Bayern Munich forward Thomas Muller is set to miss both legs of their Champions League last-16 tie against Liverpool after he was given a two-match European ban.

Muller, 29, was sent off in December's 3-3 group-stage draw with Ajax for kicking Nicolas Tagliafico in the head.

The German - who has scored 42 goals in 107 Champions League appearances - has appealed against the decision.

The sides meet at Anfield on 19 February and in Munich on 13 March.

The sending-off was the first of Muller's career and after the incident he posted on social media: "I would like to apologise to Nico Tagliafico for the incident. It was unintentional. Get well soon."