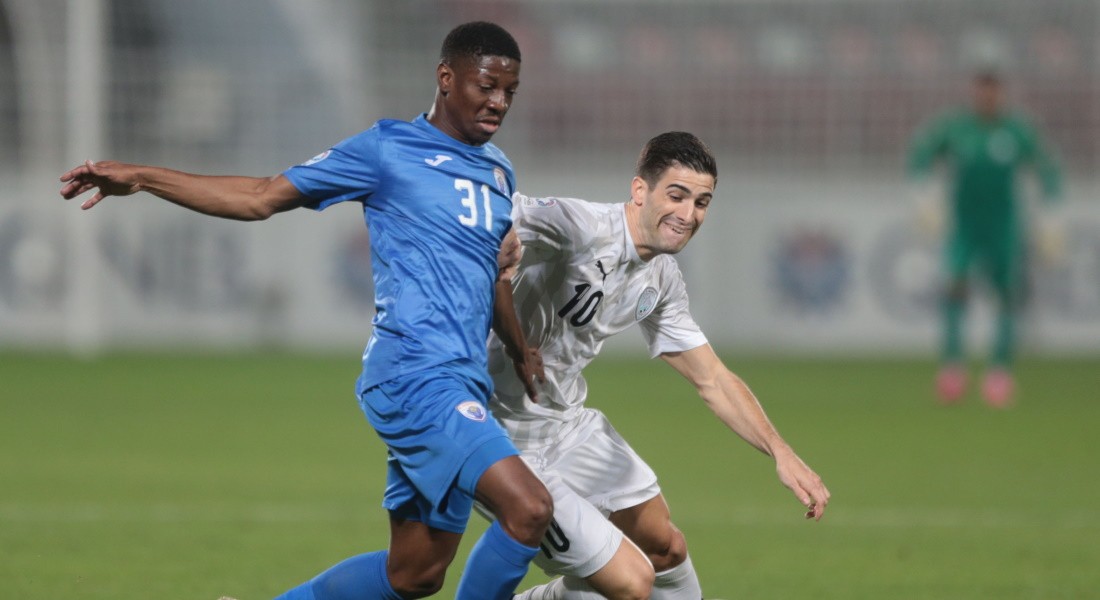 Al Wakrah beat Al Kharaitiyat 2-1 in Week 11 of the 2020-21 season QNB Stars League at the Al Duhail Stadium on Monday.

Al Kharaitiyat’s only goal was scored by Mahmoud Saad in the 21st minute. The Thunders stood on six points.

In the third minute, Al Wakrah’s Cristian Ceballos curled in a long-range free-kick. Lucas Mendes jumped high to head the ball from close range, but missed the flight of the ball which was parried away by diving keeper Shehab Ellethy.

In the seventh minute, Ceballos charged ahead on the right flank, but slipped in a cross for Omar Ali stationed inside the box. Despite having time and space, Omar fired wayward with his right-footed drive.

Six minutes later, Ceballos, this time on the right flank of Al Kharaitiyat goal, slipped in a cross for Ahmed Moein, who drilled a left-footed shot that was pouched by Ellethy.

A few minutes later, Al Kharaitiyat opened the scoring. Abdelhalim curled in a long-range free-kick in the 22nd minute. The ball sailed above two players who wanted to head the ball into the net. None of the attempts were successful as the ball swung and dipped late with Al Wakrah keeper Mohamed Ibrahim in no position to stop the ball that zipped past his right and into the net.

Al Wakrah skipper Mohamed Benyettou, in the 28th minute, swivelled on his feet and attempted a right-footed shot into the Al Kharaitiyat goal, but he went wayward with his direction as the ball sailed away above the crossbar. Two minutes later, Omar jumped high on a long cross but his snap-header from close range also went wayward.

In the 33rd minute, Evans Mensah – running down the flank – clipped in a cross which was expertly deflected by Mohammed Osman. The fast-paced deflection was instinctively blocked by Al Wakrah keeper’s foot.

In the 43rd minute, team effort brought the equaliser for Al Wakrah. Murad Naji Hussein clipped on a long cross for Omar inside the Al Kharaitiyat box. Omar headed a loopy cross for Coulibaly, who lunged forward and tapped the ball into the net from close range.

In the 52nd minute, Benyettou was slightly off the mark with his header of a corner kick. In the 56th minute, Coulibaly lunged forward but his shot off a long-range free kick hit the Al Kharaitiyat goalpost.

In the 62nd minute, Mohammed Osman after a short dribble also attempted a long-range drive, but the shot was parried by Al Wakrah keeper. Two minutes later, Rachid Tiberkanine managed a hurriedly taken low snap-header that was caught by Al Wakrah keeper. In the 75th minute, Benyettou went long-range, but his powerful shot could not beat the keeper.