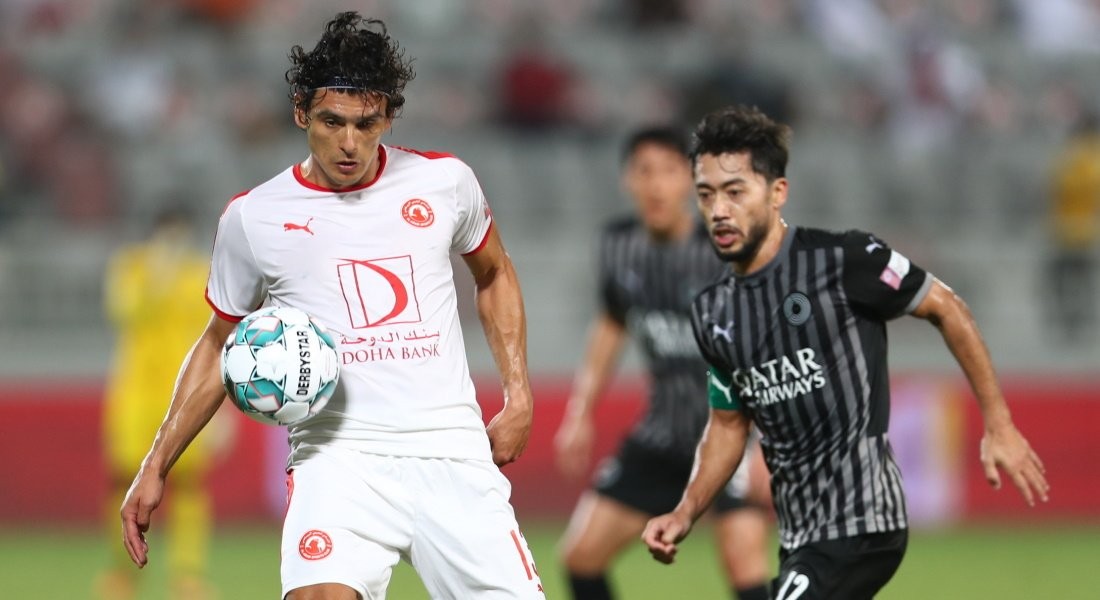 The 2020-21 season QNB Stars League is back with Week 6 action. Matches will be played on Saturday, 21st November, and Sunday, 22nd November, with three games on each day. Qatar SC, Al Arabi and Al Khor Stadiums are the venues.

The Al Arabi vs Al Sadd, dubbed the Qatar Derby, and Al Duhail vs Al Gharafa games will highlight the week’s action.

After five rounds, Al Arabi are languishing at the ninth place with five points. At the same time, they have many points to prove. The Dream Team have just exited from the Ooredoo Cup in the quarterfinal stage, losing to Al Sailiya in sudden death, and had lost to Al Sadd in the 2020-21 season Ooredoo Cup final last month.

On the other hand, Al Sadd are topping the table with 13 points. The Wolves will be eager to extend their good run.

Reigning champions Al Duhail are third with nine points, while Al Gharafa are fourth with the same number of points but placed behind on goal difference. The match is expected to be a keen contest.

Last season’s runners-up Al Rayyan, sixth with seven points, should be looking for full points as they are up against Al Kharaitiyat, eighth with six points.

Second-placed Al Ahli (12 points) will look to get back to the winning path as they have Umm Salal, 10th with four points, as their opponents.

Qatar SC (three points) will be keen to move away from the bottom of the table as they face Al Wakrah, fifth with seven points.