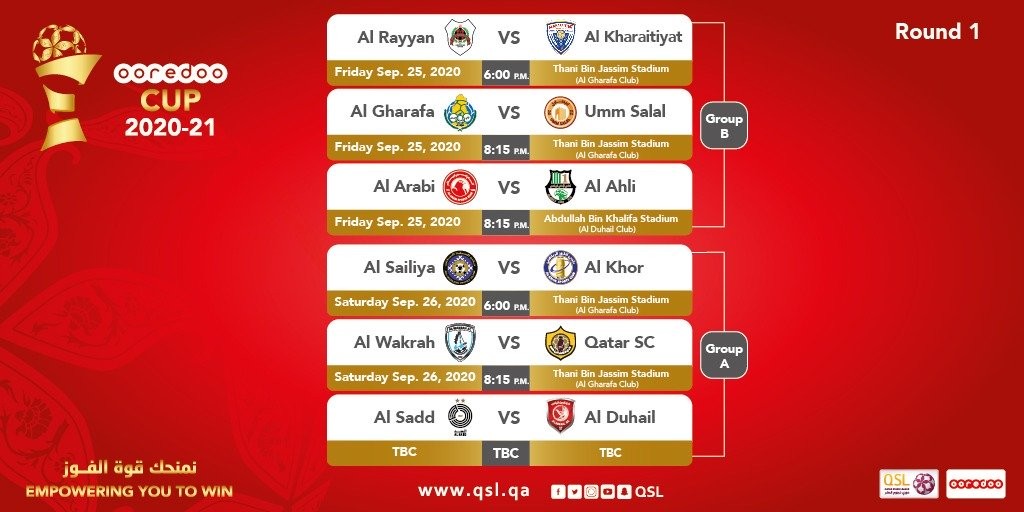 The 2020-21 season Ooredoo Cup is all set to kick off. Round 1 matches will be played on Friday, 25th September, and Saturday, 26th September, at the Al Gharafa and Al Duhail Stadiums.

All 12 QNB Stars League teams are divided into two groups.

The match between Al Sadd and Al Duhail in Round 1 (Group A) has been postponed due to the teams’ participation in the 2020 AFC Champions League as the tournament resumed with all West Zone matches in Asia (Groups A, B, C and D) being scheduled in Doha from 14th September to 3rd October.

The 2020-21 season QNB Stars League has taken a break after three weeks of action and all teams, except Al Sadd and Al Duhail, are expected to put up good displays in the Ooredoo Cup's first round.

Meanwhile, the 2019-20 season Ooredoo Cup’s final has been scheduled for 10th October, 2020. Al Arabi will face Al Sadd at the Al Duhail Stadium.