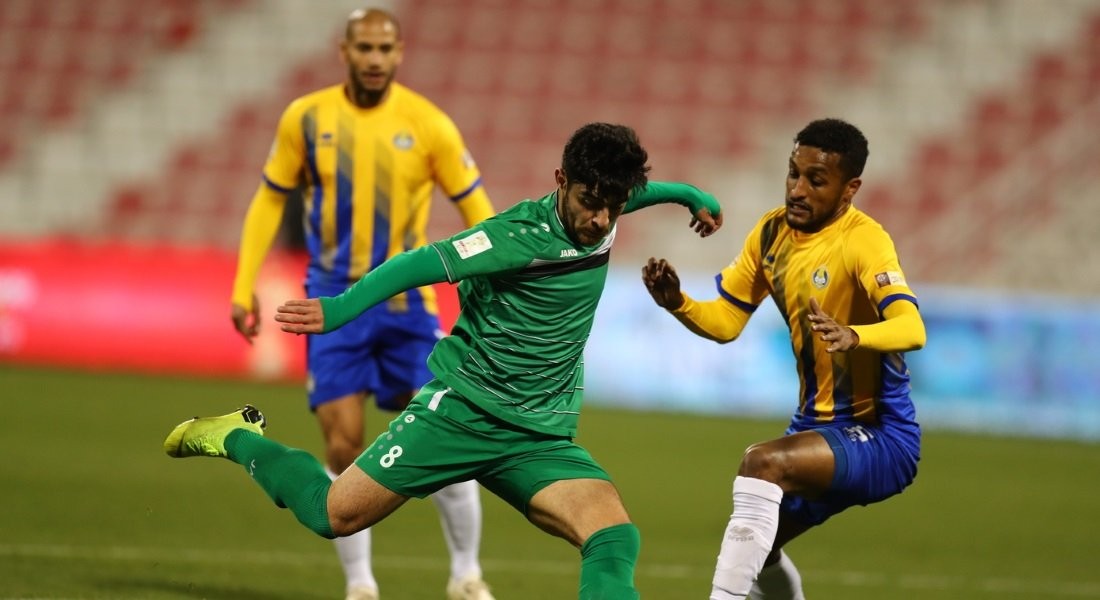 Al Ahli entered the semifinals of 2019-20 Ooredoo Cup by beating Al Gharafa 1-0 in the second quarterfinal at the Al Arabi Stadium on Thursday.

Al Gharafa thus suffered the ignominy of having bowed out of cup competitions in successive weeks in quarterfinal stage after they lost to Al Markhiya in the Amir Cup.

Possession was even in the match that was fast-paced right from the onset.

Al Gharafa missed the services of Hector Moreno, Koo Ja-Cheol, Ahmed Alaaeldin and Sofiane Hanni to injuries. Without them, the likes of Jonathan Kodjia, Othman Al Yahri, Yossef Muftah and Adlene Guedioura could not do much.

On the other hand, Al Ahli made up for the absence of injured spearhead Abel Mathias, thanks mainly to outstanding displays by Nabil and Hernan Perez.

Al Ahli even survived the absence of Hernan to a red card (second yellow) from the 67th minute.

After Al Ahli’s Abdelrahman Moustafa’s long shot went wide in the first half, Kodjia fumbled with a one-on-one with goalkeeper Ivanildo Rodrigues.

Soon at the other end, Nabil sent his shot marginally over the bar.

Al Ahli upped the ante in the second half and were rewarded when Nabil capitalised on a defensive mistake by Homam Elamin, who misjudged the flight of a long ball.

Al Ahli, who had reached the quarterfinal of Amir Cup last week by beating Qatar SC, had a goal scored by Abdelrahman Moustafa disallowed through VAR in the 74th minute.

Al Ahli had progressed to the knockout quarterfinal in style by topping Group A, whereas Al Gharafa sealed their berth in the last eight by virtue of having finished fourth in Group B.