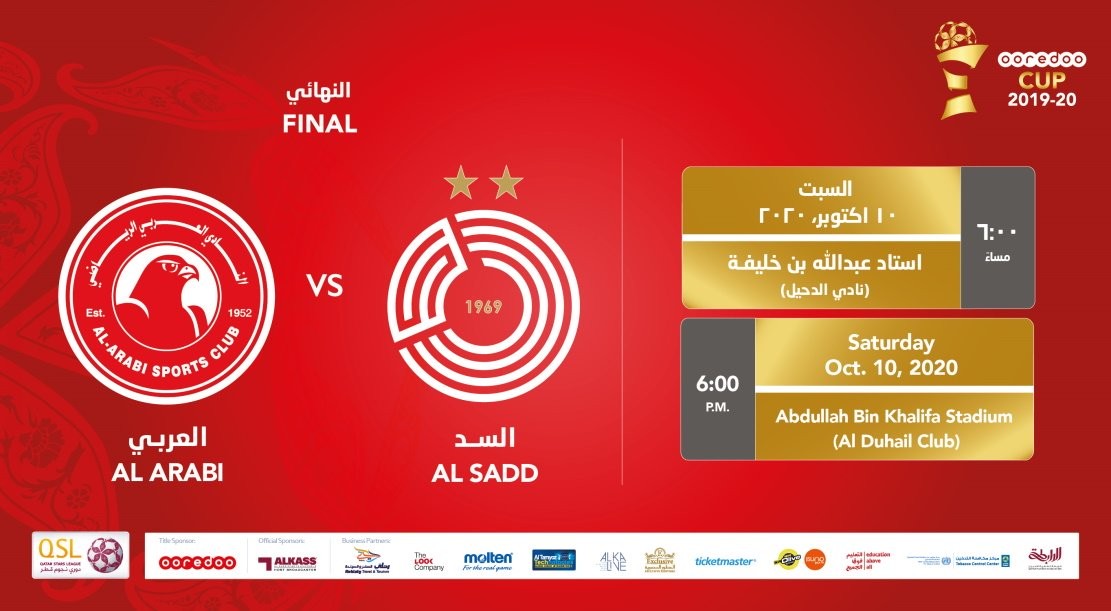 Both teams had a similarity en route to reaching the knockout quarterfinals from group stage.

Al Arabi progressed to the knockout quarterfinals as the third team from Group B with seven points, after Al Khor (13 points) and Qatar SC (10 points).

Al Sadd made the cut for the quarterfinals as the third team from Group A with seven points, after Al Ahli (12 points) and Al Wakrah (eight points).

Al Arabi fought back from being a goal down through Al Rayyan’s Abdulrahman Al Harazi, with The Dream Team scoring through Abdulaziz Al Ansari and Hamdi Harbaoui.

In the Al Ahli vs Al Sadd semifinal, Santi Cazorla and substitute Akram Afif scored the goals for The Wolves.

Al Arabi qualified for the semifinals by defeating Al Wakrah 1-0, while Al Sadd progressed to the last four by edging Qatar SC 5-4 on penalties after the regular time ended in a 1-1 draw.

On the competition front, both Al Arabi and Al Sadd are all set to give off their best on the pitch. It is also a great opportunity for them to better prepare their players ahead of the tough times ahead in the ongoing 2020-21 season.

Al Arabi and Al Sadd have outstanding players in their ranks, be it overseas or Qatari professionals. They both have also been encouraging youngsters to come up the ranks.