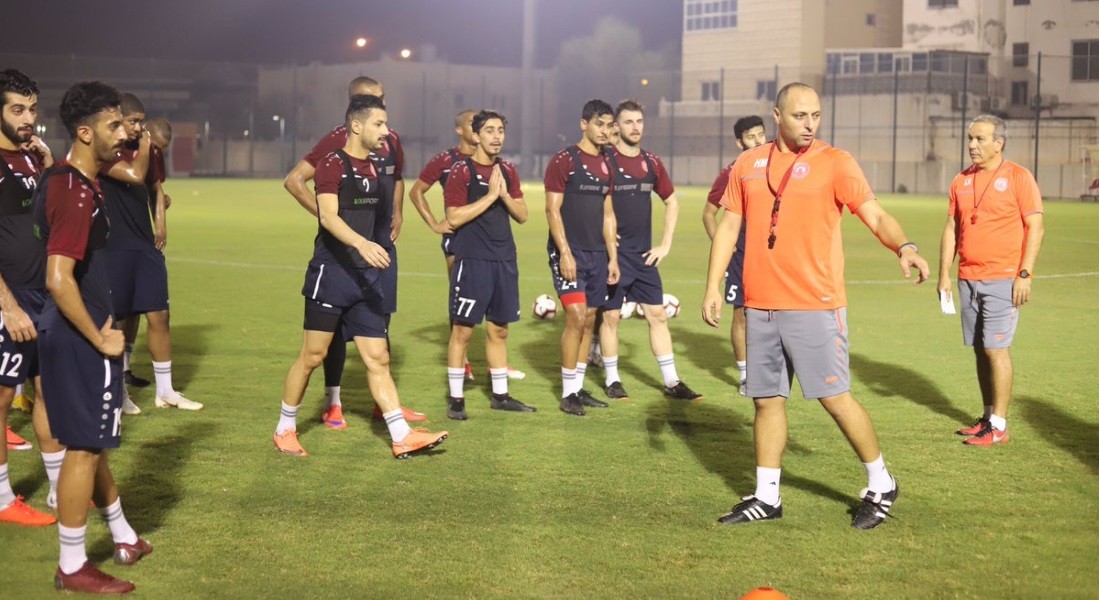 Al Arabi had their first training session on Sunday evening under Hatem Al Moaddeb, the club’s Under-23 coach who was appointed in place of Croat Luka Bonacic.

Al Arabi are preparing for their QSL Cup Round 2 match against Al Kharaitiyat on Thursday, 11th October.

All players with the exception of Ahmed Fathi and Mohammed El Neel, who are on national-team duty ahead of Qatar’s friendlies against Ecuador and Uzbekistan, took part in the training session.

Colombian recruit Franco Hurtado, who was nursing an injury, also went through his paces.

Bonacic was dismissed after Al Arabi lost 0-3 to Al Gharafa in Week 8 of the QNB Stars League last Friday.

Hatem had led Al Arabi to second place in the Qatargas league (Under-23) last season.

Al Arabi have won four matches and lost as many to be placed sixth with 12 points in this season’s QNB Stars League.