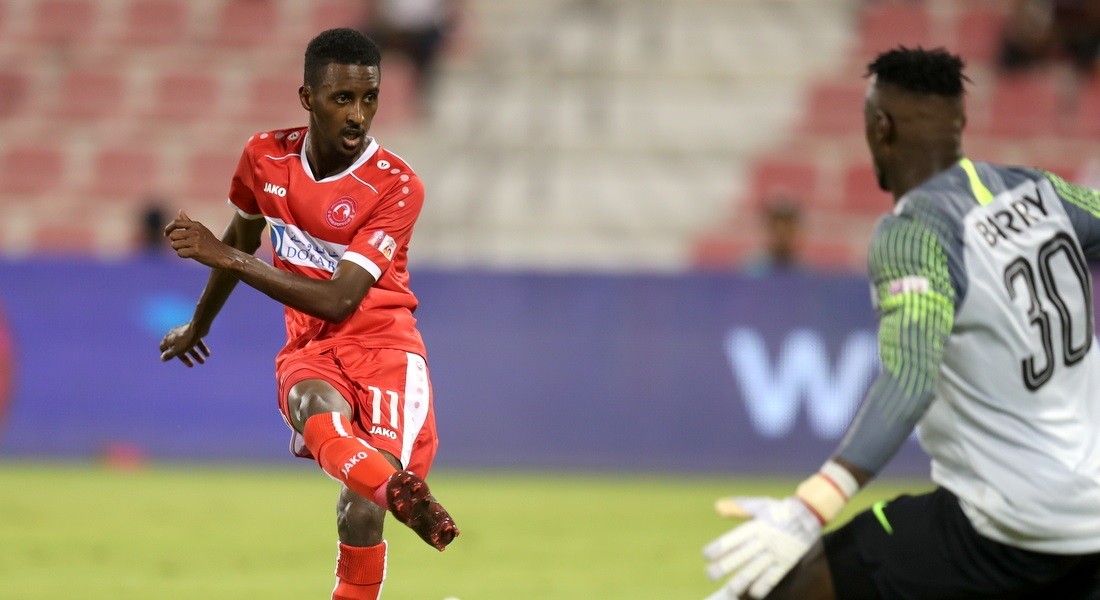 Mohammed Salah El Neel, who joined Al Arabi from relegated side Al Markhiya at the beginning of this season, has contributed to the team’s many wins in the QNB Stars League.

His brilliance has prompted Qatar national team coach Felix Sanchez to make him a regular choice as well.

Al Arabi’s good performances in the first few weeks of 2018-19 QNB Stars League helped them get into the top-four bracket and that was a great motivation for players and the club’s fans alike.

However, a slump in form saw them get a series of negative results and that led to the dismissal of Croatian coach Luka Bonasic and appointment of their Under-23 coach Hatem Al Moaddeb.

How are you preparing to face Al Duhail in Week 11 of the QNB Stars League?

Our preparations are going on well and we’re well aware of the importance of this match. We’ll try to get a positive result, so we can compensate for the recent losses.

How do you view the match?

I expect a strong match as both teams have the desire to win, Al Duhail to continue their winning run and Al Arabi to halt a losing streak.

What’s the reason for Al Arabi’s decline of late?

The many mistakes made by the team during the last few games. All of us are taking the responsibility for the decline in performance and results.

You suffered four consecutive defeats after a series of good results…

We couldn’t have a worse time than this when we suffered four consecutive defeats. We’ve to work more on our game to get victories and move up in the standings.

Are you worried about the team’s recent results?

I’m not worried because we’ve the ability to make a strong comeback as we did after the big defeat by Al Sadd.

Will this scenario put Al Arabi in the danger zone?

How do you see the change after the arrival of new coach?

As players, we don’t wish to change coaches because that means a change in the way we play. However, we’ll work together with the new coach (Hatem Al Moaddeb to raise the team’s performance and achieve victories.

Can the next game with Al Duhail be a new start for Al Arabi?

Al Duhail are a big team and achieving a positive result against them means a new start and this is our goal.

What’ll be Al Arabi’s advantage in this game?

We hope to rely on the support of our fans who stand by the team even when it loses. They motivate the players to bring out their best.

Which Al Duhail player do you respect the most?

Al Duhail have players, Qatari and foreign professionals, who can actually make the difference, so we’ve to do our best to contain them.

What’s your assessment of your own performance this season?

So far, I’ve performed well with the team except in the last few games when I was nursing an injury. I’ll always give off my best to the team.

How about the fans of Al Arabi?

Al Arabi’s fans always stand behind the team and I hope to bring out my best in every game to make them happy.

What’re your ambitions with Al Arabi this season?

My goal is to achieve more victories and points for Al Arabi, and thus help the side end the QNB Stars League in the top four.