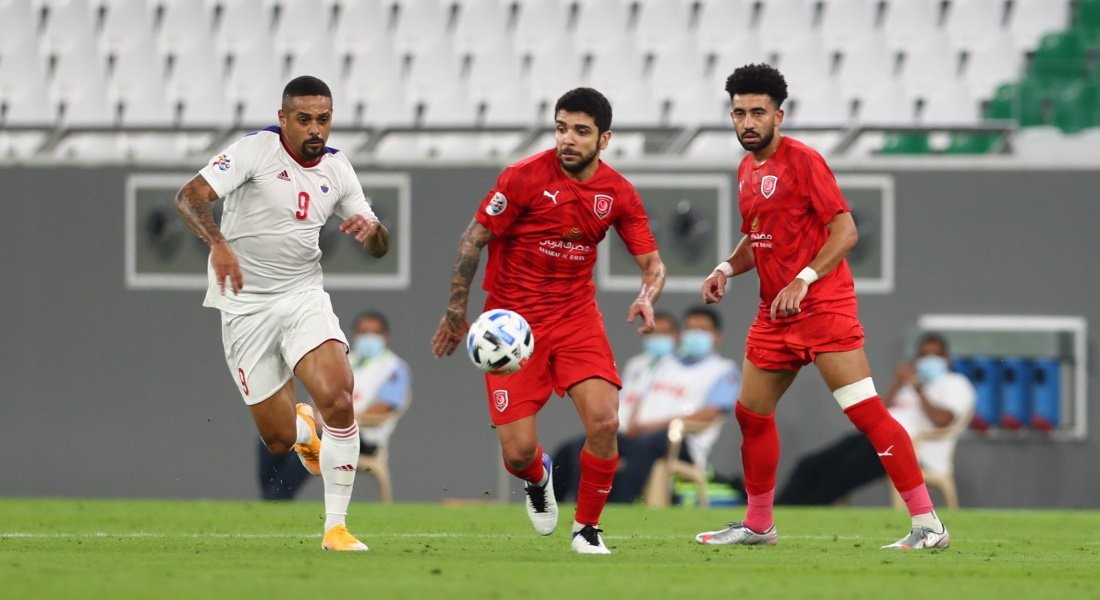 Qatari league champions Al Duhail defeated Sharjah 2-1 in Round 3 of the 2020 AFC Champions League Group C at the Education City Stadium on Tuesday.

Almoez Ali (41st minute) and Ramin Rezaeian (51st minute) scored for Al Duhail, while Igor Coronado pulled one back for Sharjah in the 58th minute through a penalty.

Sharjah went into the game in pursuit of their first win in the AFC Champions League since 2004, having collected one point from their first two games.

Al Duhail moved on to six points with their second victory, while Sharjah stood on one point.

Igor Coronado had the first chance of the match for Sharjah after eight minutes, but his free-kick from all of 30 yards out sailed over the crossbar.

Al Duhail’s best chance of the opening period came just before the half-hour mark, when Ahmed Yasser rose highest to meet a cross from a free-kick. Al Hosani did enough to initially parry it then followed through with a sweeper-style clearance.

Four minutes before the end of first half, Sharjah were caught napping after a misplaced pass from Mohammed Abdulbaset allowed Luiz Martin to collect the ball deep into his own half and supply an impeccable pass to Almoez Ali who expertly applied his finish into the bottom corner from the edge of the box to put Al Duhail in the lead.

Within six minutes after restart, Abdullah Al Ahrak had won a free-kick just outside the Sharjah penalty box and new recruit Rezaeian curled it perfectly into the top corner to double their lead.

Coronado’s goal came off a penalty, awarded when he was brought down by Ali inside the box, prompting the referee to point to the spot. The playmaker stepped up and coolly converted the penalty to reduce the deficit.

The reverse fixture between the teams will be played on Friday, 18th September.