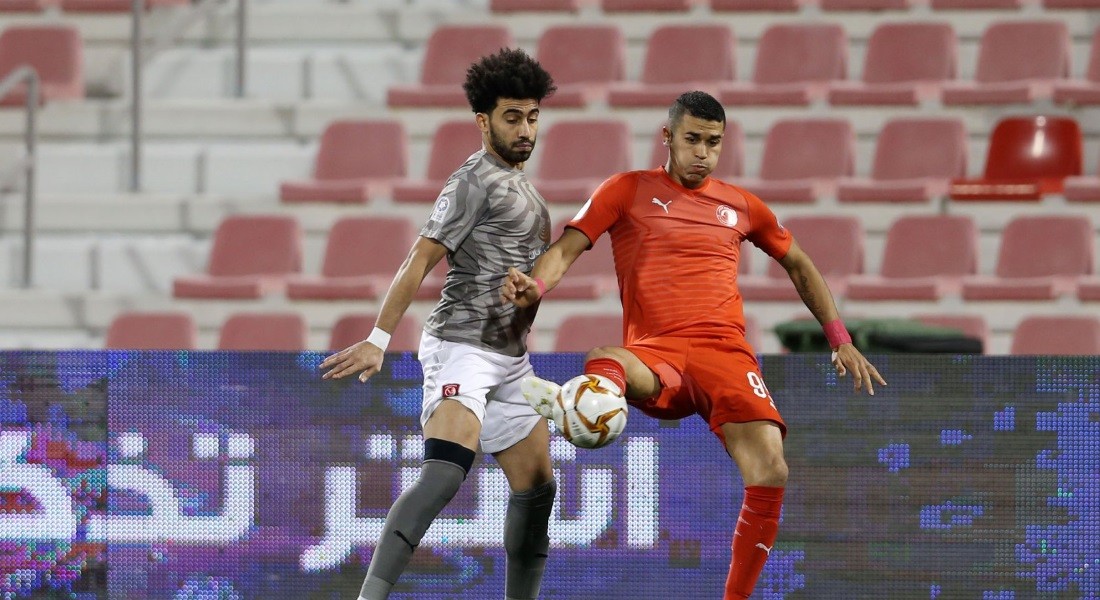 Ahmed Yasser is one of the prominent players of Al Duhail. The defender is noted for his enthusiasm, fighting spirit, determination and positional sense, in addition to offensive forays.

Ahmed Yassser speaks to qsl.qa in an exclusive interview ahead of their QNB Stars League Week 14 match against Al Rayyan.

How do you prepare for the game against Al Rayyan?

Our preparations for this game are going on well. Everyone is ready to play this match and get the desired result.

What could make this game difficult for you?

All matches are difficult, there’s no easy match. We’ll face a big team with a group of outstanding players and it’s sure to offer much excitement.

Are Al Duhail able to continue on the winning path?

Certainly. We’ve the ability to do that. We’ve the determination and focus to play this match and all upcoming games.

Who’s the striker you’re worrying about in Al Rayyan?

Such games don’t depend on one player. There’re key players who pose danger. If we close spaces, we’ll have advantage on the field.

The two teams had played out a draw in the first leg, so what’re your expectations for this game?

I can’t expect the result of any match I play in. Al Duhail work with strength and our target is clear in all matches, which is victory. In our first-leg match, a lot of our players were missing in action, but that isn’t the case now.

What’re the strengths of each team in your opinion?

Al Rayyan make quick attacks. At Al Duhail, we don’t disclose our strategy. It’s something that everyone will see on the field.

How about your new coach Walid Regragui?

He’s a good coach with a great style and I wish him success in his career with the team.

What do you promise the team management, technical staff and your fans this season?

We promise them to work hard to achieve all targets that the team management has in terms of winning trophies.

Do you think the loss (to Al Sadd) in the 2020 Qatar Cup final may’ve an impact on you during the season?

That’s now completely out of our mind.

Are Al Duhail able to regain the league title?

Sure, Al Duhail have the determination and will to compete and we’re working hard to regain the league title.

What do you say at the end?

I urge our fans to be at the stadium and provide us with moral support.