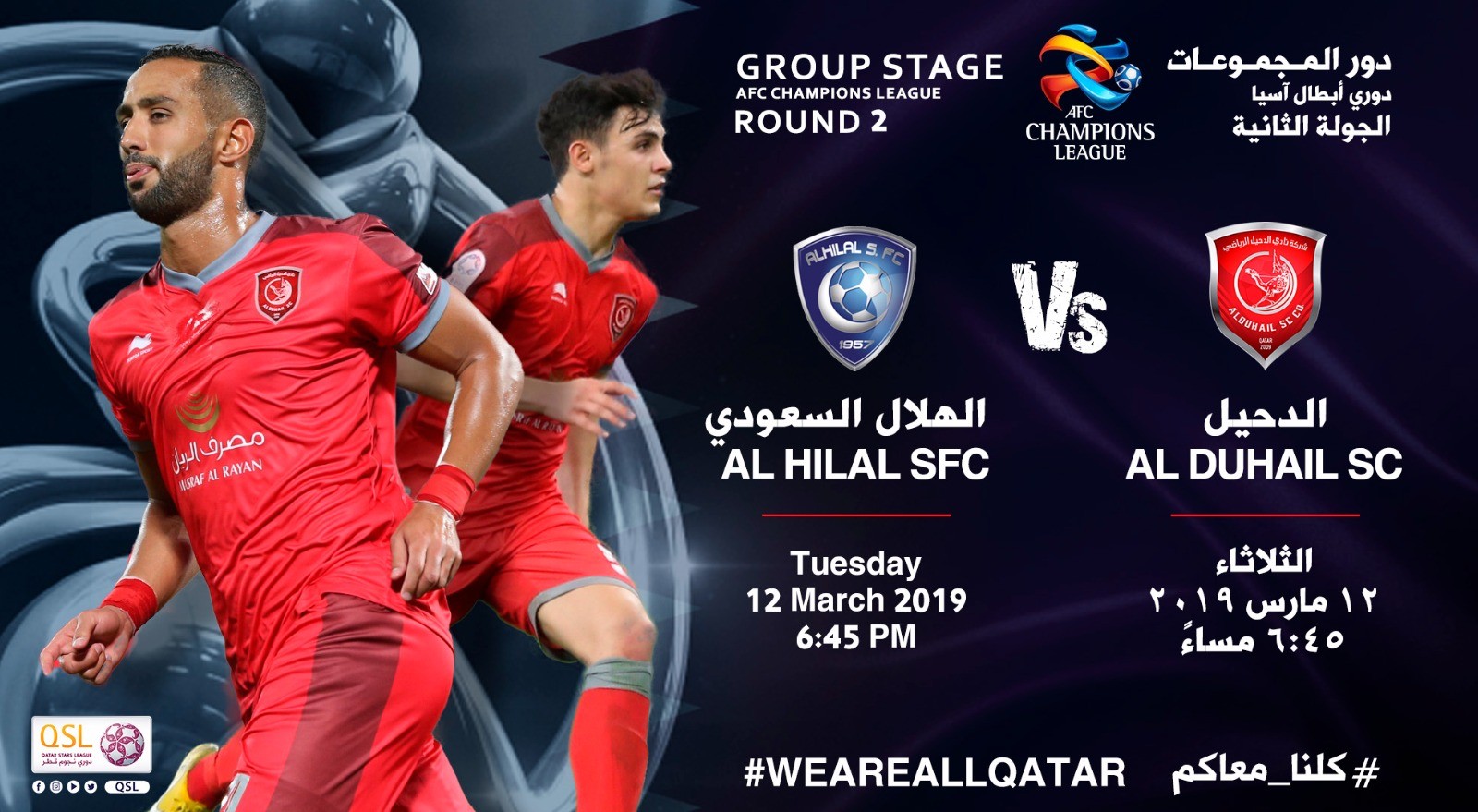 Top Qatari side Al Duhail look to build on their good start as they take on Al Hilal in the second round of AFC Champions League Group C on Tuesday, 12th March. The kick-off is at the King Saud University Stadium in Saudi Arabian capital Riyadh at 18:45.

Al Duhail’s Portuguese coach Rui Faria is targeting a good run for his team in this year’s premier continental competition. They are leading the group with three points, followed by Al Hilal (three), Al Ain (0) and Esteghlal (0).

The much-experienced Benatia and Nakajima are proving to be valuable winter additions to the Al Duhail ranks.

However, the technical staff of Al Duhail are well aware of the difficulty of the game, especially since they are playing away from home. Moreover, Al Hilal are highly motivated by their away victory at Al Ain.