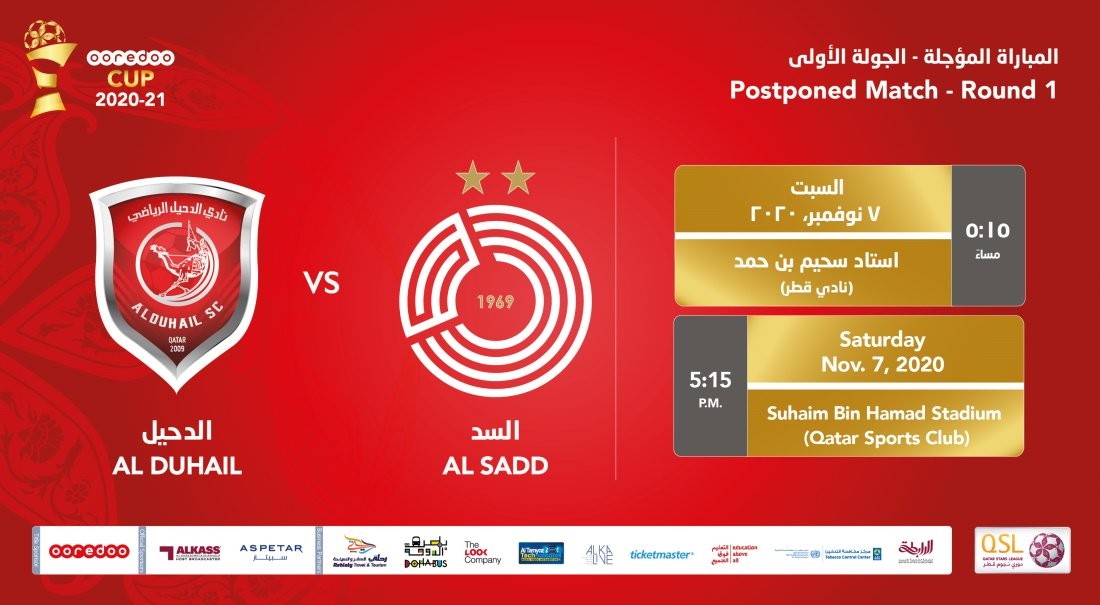 Reigning QNB Stars League champions Al Duhail take on holders Al Sadd in a 2020-21 season Ooredoo Cup’s postponed match from Round 1 (Group A) at the Qatar SC Stadium on Saturday, 7th November. The kick-off is at 17:15.

The game was postponed owing to both teams’ campaigns in the 2020 AFC Champions League.

Al Sadd are currently fourth in the table with four points, following their first victory in this season’s tournament they recorded on Wednesday, 4th November (1-0 against Al Khor). Hashem Ali scored the all-important goal.

The Wolves earned their other point from their 4-4 draw with Al Sailiya in Round 3. Al Sadd had lost 2-3 to Qatar SC in Round 2.

On the other hand, Al Duhail are languishing at the bottom of Group A with three points that they collected from their 1-0 victory over Qatar SC, also on 4th November, with Yasen Abdullah netting the winner.

The Red Knights had lost 1-3 to Al Sailiya in Round 2 and to Al Wakrah by the same scoreline in Round 3.

The result will have a strong bearing on both teams’ chances of reaching the knockout quarterfinals, so a keen contest is on cards.