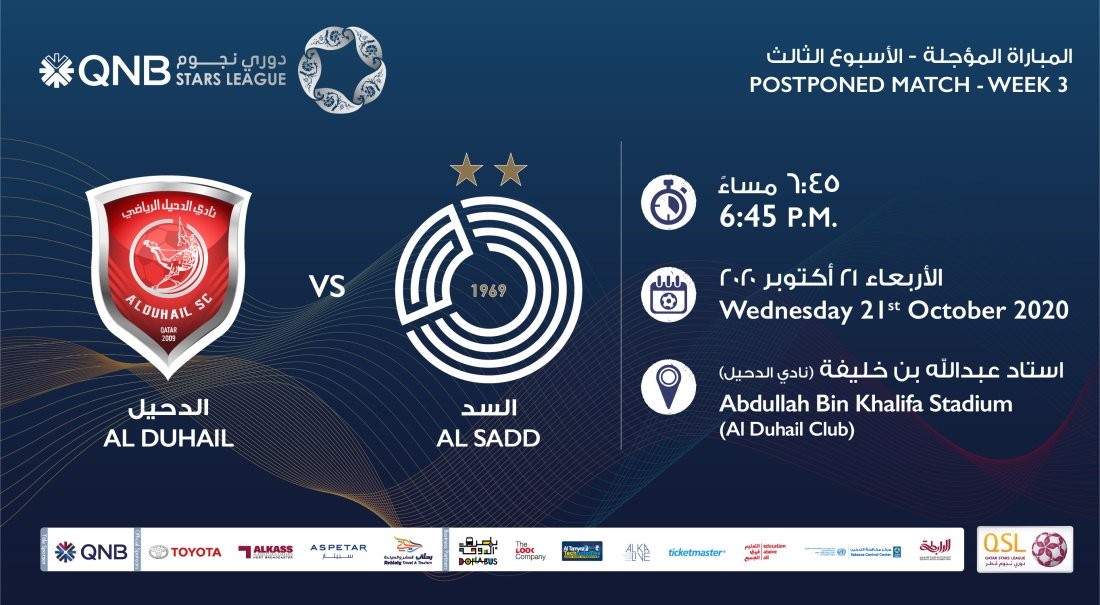 The marquee match between reigning champions Al Duhail and Al Sadd, postponed from Week 3 due to the commitment of both teams in the 2020 AFC Champions League, will be played on Wednesday, 21st October. The kick-off is at 18:45 at the Al Duhail Stadium.

The face-off between the two formidable opponents in Qatar football always evokes keen interest among all stakeholders for more reasons than one.

Reigning champions Al Duhail are coming off a 2-1 victory over Qatar SC. The Red Knights have a new coach in Frenchman Sabri Lamouchi after they parted ways with Moroccan Walid Regragui.

Al Duhail are placed fifth in the QNB Stars League table with six points. They beat Umm Salal 3-0 in the opening round, but suffered a shock 0-1 loss to Al Wakrah in Week 2.

On the other hand, Al Sadd go into the game following their goalless draw with Al Khor. The Wolves are presently third in the table with seven points. Xavi Hernandez’s men beat Al Kharaitiyat and Al Sailiya by an identical 5-1 margin in the first two weeks.

Both Al Duhail and Al Sadd have players of great calibre in their ranks and that should mainly make the contest enthralling.