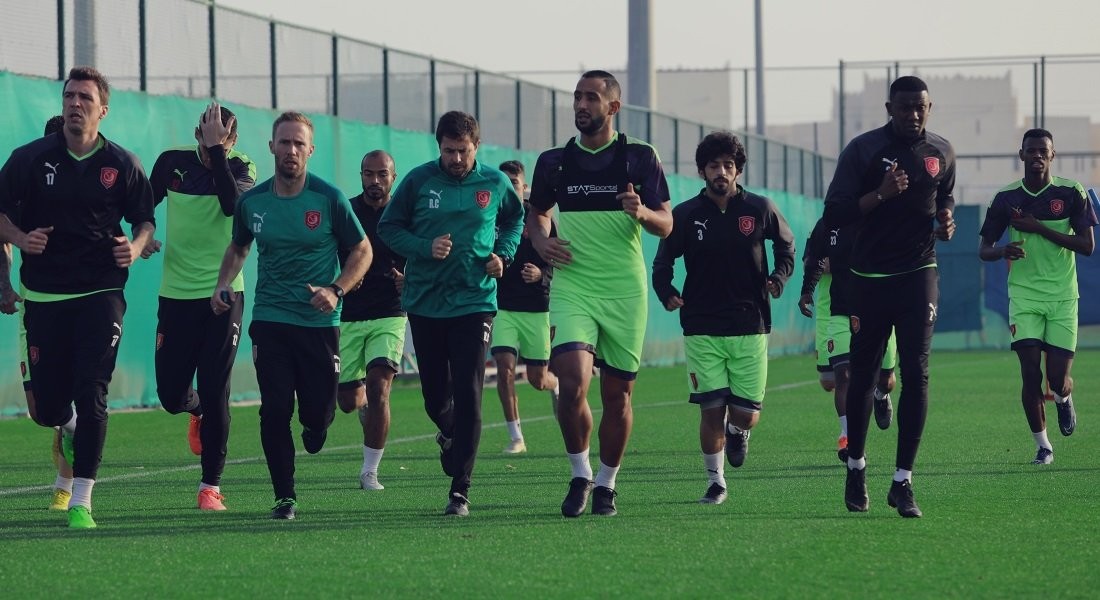 Qatar’s Al Duhail are bracing to host Iran’s Persepolis in their 2020 AFC Champions League Group C opener on Tuesday, 11th February. The kick-off is at 18:15 Doha time at the Al Duhail Stadium.

Saudi Arabia’s Al Taawon and the UAE’s Sharjah are the other teams in the group.

Al Duhail are currently leading the 2019-20 QNB Stars League table with 33 points, but are having a roller-coaster ride of late.

They lost to Al Sadd by a 0-4 margin in the 2020 Qatar Cup final recently and, subsequently, a change at the helm happened, with Moroccan Walid Regragui replacing Portuguese Rui Faria.

The Red Knights then lost their record of being unbeaten in this season’s QNB Stars League when they suffered a 0-1 defeat at the hands of Al Rayyan in Week 14.

Al Duhail will definitely be looking to make a strong start to their new continental campaign as both Regragui as well as new recruit and Croatian forward Mario Manduzukic will make their debut in the AFC Champions League.

The coaching staff, led by Regragui straightaway made the players go through their paces and correct some mistakes ahead of the Persepolis encounter after their victory over Muaither in the Amir Cup pre-quarterfinals last Thursday.

However, they will miss the services of Yousef Msakni, Paulo Edmilson, Ismail Mohammed and Bassam Al Rawi due to injuries.

Qatar’s other representative in Asia’s premier club competition Al Sadd are in Group D alongside the UAE’s Al Ain and Iran’s Sepahan.

Qatar’s Al Rayyan and Al Sailiya had lost to Iran’s Esteghlal (0-5) and Shahr Khodro
(4-5 on penalties) respectively in play-offs in Doha on 28th January and thus failed to book their berths in the tournament proper.

This year’s AFC Champions League assumes more significance as both finalists are guaranteed a spot in the 2021 FIFA Club World Cup in China.

The winners will also represent Asia in the 2020 FIFA Club World Cup in Qatar.