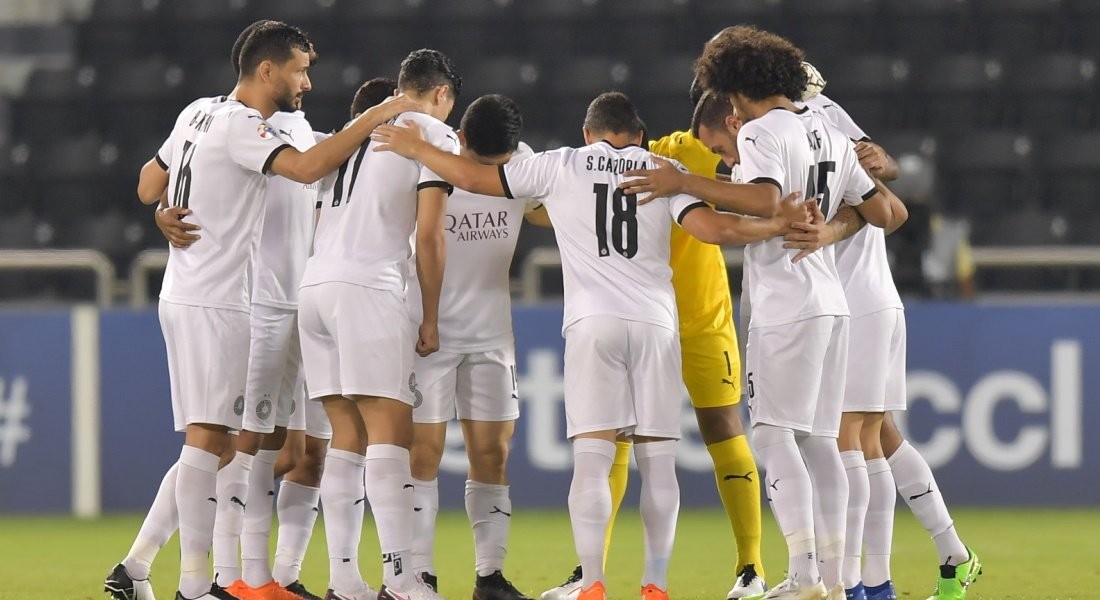 Qatar’s Al Sadd take on Iran’s Sepahan in Round 6 (Group D) of the 2020 AFC Champions League on Thursday, 24th September. The kick-off is at 18:00 at the Al Sadd Stadium.

Khalifa International Stadium, Al Janoub Stadium and Education City Stadium are the other venues as the tournament resumed with all West Zone matches on the continent being scheduled in Doha from 14th September to 3rd October.

Saudi Arabia’s Al Nassr (11 points) and Al Sadd (nine points) are already through to the knockout Round of 16 by virtue of being the top two teams in Group D.

Meanwhile, Sepahan and the UAE’s Al Ain had made their exits with four and two points respectively.

Al Sadd and Al Nassr played out a 1-1 draw on 21st September in Round 5, with Al Sadd’s Baghdad Bounedjah cancelling out Khalid Al Ghannam’s goal for Al Nassr.

Al Sadd had beaten the UAE’s Al Ain by a big 4-0 margin in a reverse fixture in Round 4 on 18th September. Both teams played out a 3-3 draw in Round 3 on 15th September.

The Wolves started off their campaign by playing out a 2-2 draw with Saudi Arabia’s Al Nassr in Riyadh on 11th February and beat Iran’s Sepahan 3-0 in Doha on 18th February before the tournament was halted due to the Covid-19 pandemic.