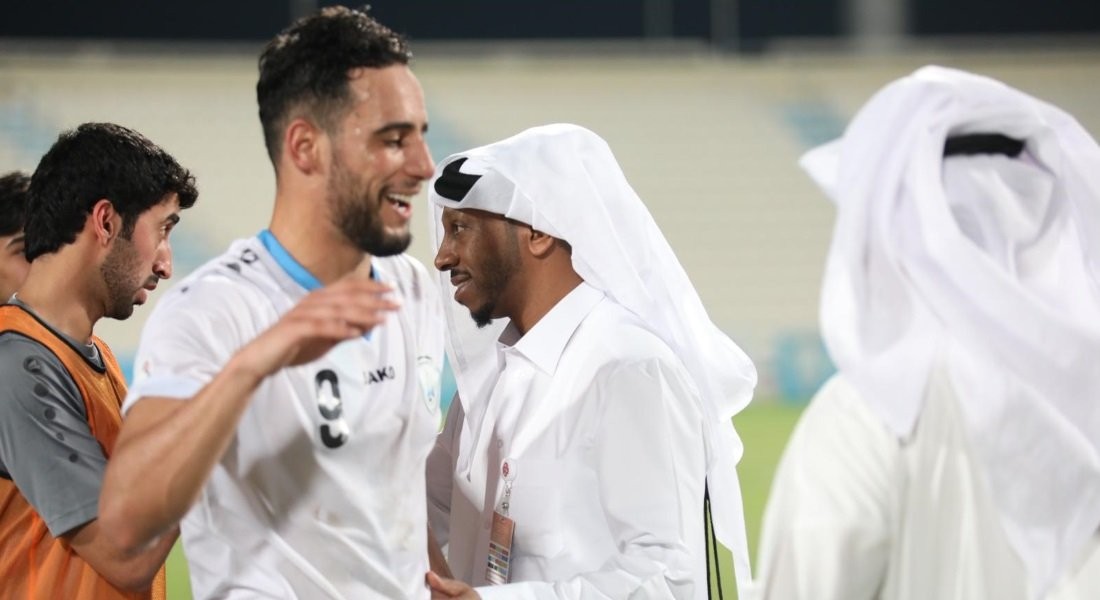 Al Wakrah’s Football Head Nayef Al Khater said the club’s technical staff was keen that the players maintain the greatest levels of fitness during the stoppage period and according to the training programme designed in co-ordination with the Qatar Stars League (QSL).

In an exclusive interview with qsl.qa, Al Khater said, “There’s a training programme implemented by the players inside the club by dividing themselves into groups that include five players in each group under the supervision of a fitness coach. The technical staff are keen that the players train at the club while taking all precautions and preventive measures in view of the spread of coronavirus under the supervision of a specialist and protects players from injuries due to individual training at their homes remotely.”

Al Khater said there was a weekly training programme developed in co-ordination between the technical staff as well as the fitness trainer, and the players train five days a week at the club and two days at home. They do not enter rooms in jerseys, then as soon as the training is over they head straight to their homes. There is also care to maintain social distancing between the players.

All tools used in the training, including balls and other training tools, are completely sterilised according to strict procedures.

Al Khater concluded his statement, “Al Wakrah benefited in some ways from the current stoppage period as we had some injury worries, especially among the foreign professional players, and Ousmane Coulibaly and Mohamed Benyattou have recovered from their injuries.”