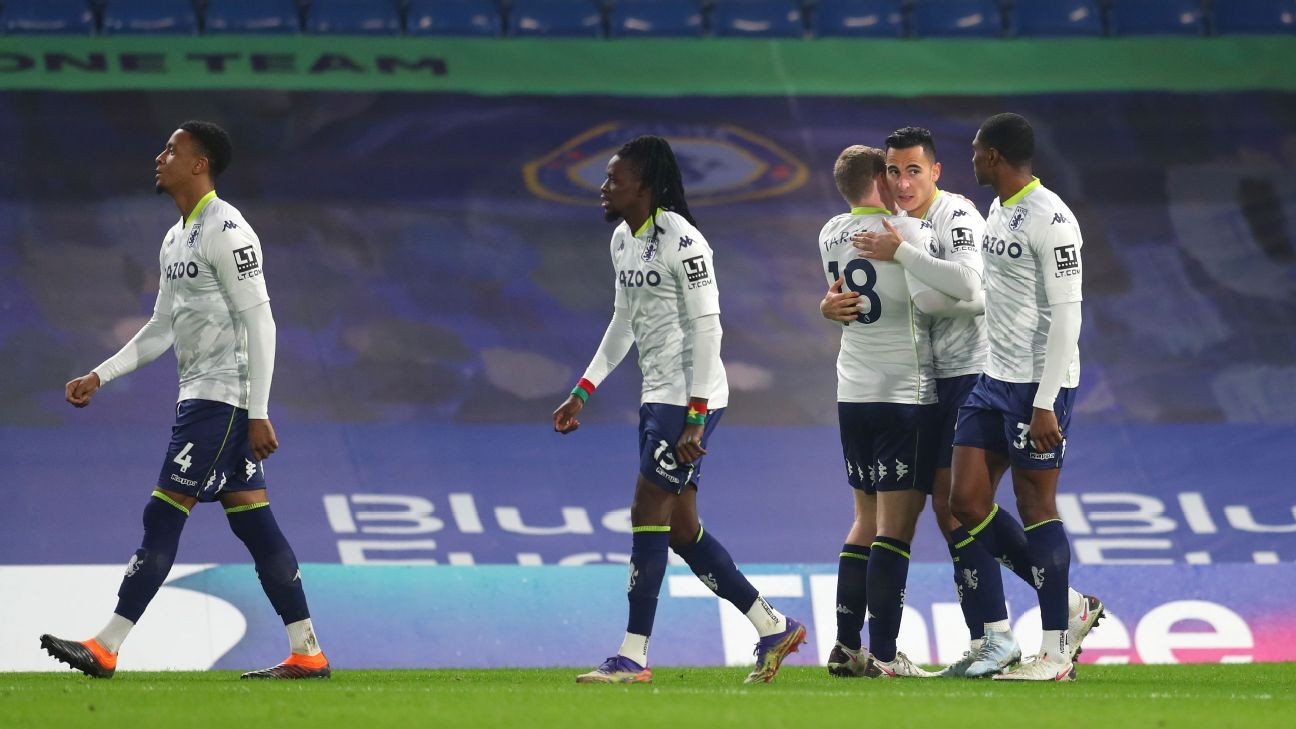 It was another disappointing day out for Chelsea as they were held to a 1-1 draw by Aston Villa at Stamford Bridge on Monday.

Olivier Giroud grabbed their only goal of the game in the first half before Anwar El-Ghazi equalised five minutes into the second half.

After a disappointing result against Arsenal on Saturday, Frank Lampard made six changes to his side, including the introduction of Giroud.

Despite insisting before the game that these were because of the hectic schedule rather than the team's performance, the early signs were that this was a more energetic squad.

The opening goal came on 34 minutes with Christian Pulisic and Ben Chilwell combining to tee up Giroud.

The France international was forced into a stooping header but did enough to put the ball in the net.

The good fortune didn't last though with Aston Villa equalising on 50 minutes through an El Ghazi volley.

Chelsea found the net on 66 minutes through Cesar Azpilicueta but the goal was disallowed with Pulisic offside in the build-up.

Villa nearly had their lead three minutes later when John McGinn hit the crossbar with a powerful 30 yard strike.

The result puts Aston Villa in fifth spot, ahead of Chelsea who are in sixth.

"It's tough turning it around but I trust the players. I asked every one of them if they were ready to go again and they looked me in the eye and said they were," Villa manger Dean Smith told Amazon Prime after the game.

"We've had to battle at times today, there were spells of pressure from both teams but it is great to get a point here."