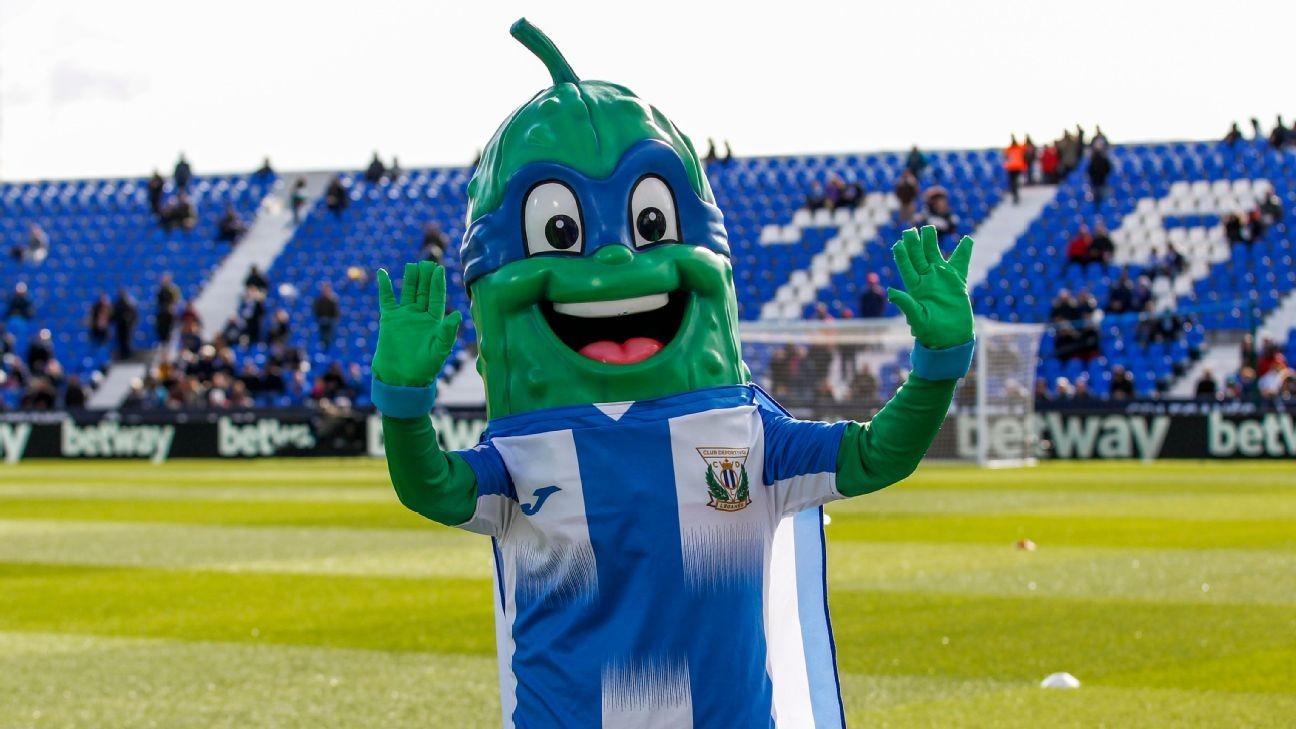 With the January transfer window approaching, losing your star player when a big club pays their release clause is bad enough. But losing your mascot? That's a real blow.

Fans of Leganes, a club in Spain's second division, woke up on Monday to the news that they'd have to continue their promotion push without the support of giant cucumber-shaped mascot Super Pepino.

Ronaldo wins Golden Foot, one of the few awards Messi has yet to claim

"The identity of the club that has deposited the payment in the offices of La Liga is not yet known," Leganes announced on social media. "Leganes will not be able to sign another mascot until next season."

A statement on the Leganes website further lamented. "The news came as a complete shock at the club's HQ. For the second time in a year, a key part of the team is taken away from us.

"Super Pepino hasn't made any comment, although when he went to the offices at Butarque to collect his things, 'la pela es la pela' [a Catalan expression which roughly translates as 'money talks'] could clearly be heard."

Those references -- not-so-subtle nods to the controversial departure of Martin Braithwaite, who was allowed to join Barcelona in an emergency move back in February, leaving Leganes unable to sign a replacement as they headed for relegation -- suggested all was not as it seemed.

That, and the fact that Dec. 28 is Dia de los Inocentes in Spanish-speaking countries, their version of April Fool's Day. This was not, in fact, breaking news, but a spoof story. The day is routinely marked by such hoaxes in the media and, increasingly, the world of football joining in the fun.

Elsewhere, Catalan newspaper Mundo Deportivo looked to catch out readers with claims that defender Gerard Pique had decided to run for Barca president in next month's elections, saying: "He could even combine the job with that of being a player."

The story reports that the 2010 World Cup winner, who is married to global pop star Shakira, "is even considering filming his own family reality show, Kardashian-style," in order to generate more income. Although that part could actually be true, you never know.

Last year's top inocentada saw Real Sociedad announce that they were loaning midfielder Martin Odegaard -- who was only at the club on a loan deal from Real Madrid -- to Manchester City.

"We are forced to take this difficult decision in order to avoid possible media comments for the next six months," a club statement read, before giving the game away by adding: "What a relief!"

In 2018, the Spanish football federation announced that they were reducing the size of balls to be used in all competitions by 10 centimetres (four inches). The ruse was exposed later that day when the RFEF posted a follow-up tweet depicting a paper figure, a common sight on Dec. 28 when people stick them on to the backs of unwitting "innocents."

That same year, Diario AS reported that warring Spanish football bosses Javier Tebas of La Liga and Luis Rubiales of the RFEF had brought an end to their long-term feud.

If that wasn't unlikely enough, the newspaper claimed that the peace deal had been brokered by Barack Obama and Pope Francis.