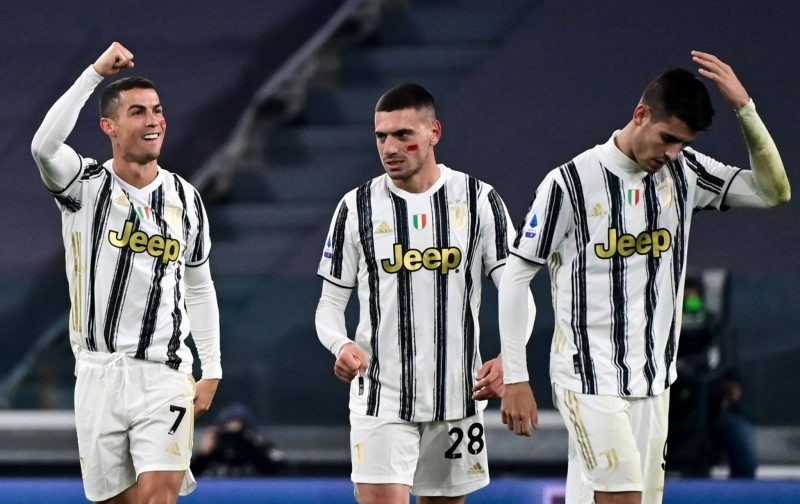 Juventus picked up three important points at the Allianz Stadium on Saturday evening as they beat Cagliari 2-0.

A first-half brace from Cristiano Ronaldo was enough for Andrea Pirlo’s side to pick up what was just their fourth win of the season in Serie A, and only the third they’ve achieved on the pitch after being handed a 3-0 walkover in their game against Napoli.

Federico Bernardeschi thought he had put La Vecchia Signora in front early on but was thwarted by the offside flag. He had another strike on Alessio Cragno’s goal but his effort from the edge of the area was straight at the goalkeeper. Dejan Kulusevski was the next to threaten, curling a low strike just wide of the far post after moving in from the right in his typical fashion. The young Swede had another chance to get on the scoresheet when he was picked out by Cristiano Ronaldo to finish a one-two, but only after the No.7 had already opened the scoring.

That goal did come just as half time was approaching. Patient build-up led to Alvaro Morata teeing up Cristiano who, after stepping inside, fired past Cragno.

Cagliari would have been kicking themselves about the manner of the second, which came just four minutes after the first. Juan Cuadrado’s corner was nodded on by Merih Demiral and Ronaldo was, inexplicably, left unmarked to wander in around the back and tap in at the far post. Juan Cuadrado came close to his fifth career goal against the Sardinians after the restart before Demiral crashed a header off the crossbar from the corner that the Colombian’s shot led to.

Bernardeschi came close then. Cristiano Ronaldo stepped over the ball to leave a chance for the Italian, but his effort was poor and denied by Cragno. Morata was next to pass up an opportunity, sending his shot over after Bernardeschi laid off for him.

Ragnar Klavan had a goal correctly ruled out for offside as Juventus had to play on the back foot for a brief spell, but Paulo Dybala and Kulusevski had chances of their own to extend the lead at the other end.