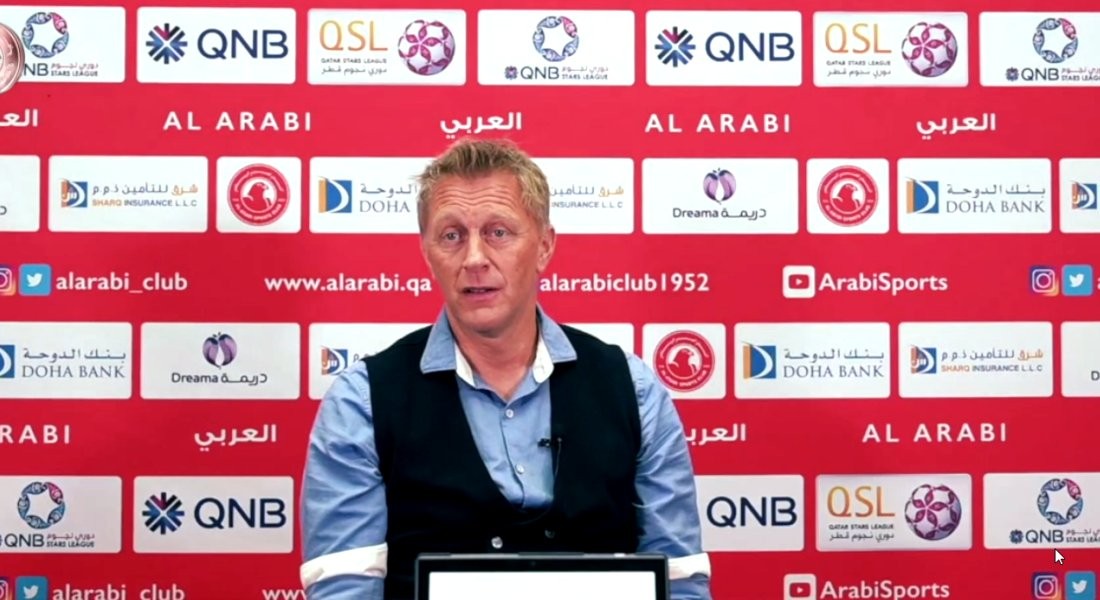 “Winning against Al Duhail will give us the confidence we need as a team. We played well against Al Rayyan and it was good to see two of our players return safely from injury. But we lost Khalifa Al Maliki, who is likely to miss the rest of the season. We will try to take advantage of the good morale that prevails in the team’s atmosphere to improve the level and develop it for the upcoming matches.

“Facing Al Duhail is always difficult, especially since teams like Al Sadd and Al Duhail have distinguished players who are able to change the course of the match and it is difficult to play against them. But as I said, I think we are better prepared than before to play against strong teams. We hope that the fighting spirit will be seen in all matches and against all teams. I believe that the QNB Stars League is greatly improving and the teams appear stronger by bringing in new or loan players. All matches have become difficult,” said Hallgrimsson.

Al Arabi striker Abdulaziz Al Ansari said, “We are ready to face Al Duhail. Al Arabi are a big team with quality players, but it is battling injuries that is not allowing us to get better results. I came to Al Arabi to help the team return to the top. I enjoy great treatment from all players, technical staff and the club management. Thanks to that, I have quickly adapted to the team.

“This is something that has helped me a lot. I still have not presented my best yet. I have a lot to offer to Al Arabi and, God willing, I will succeed in the next phase of the league.”