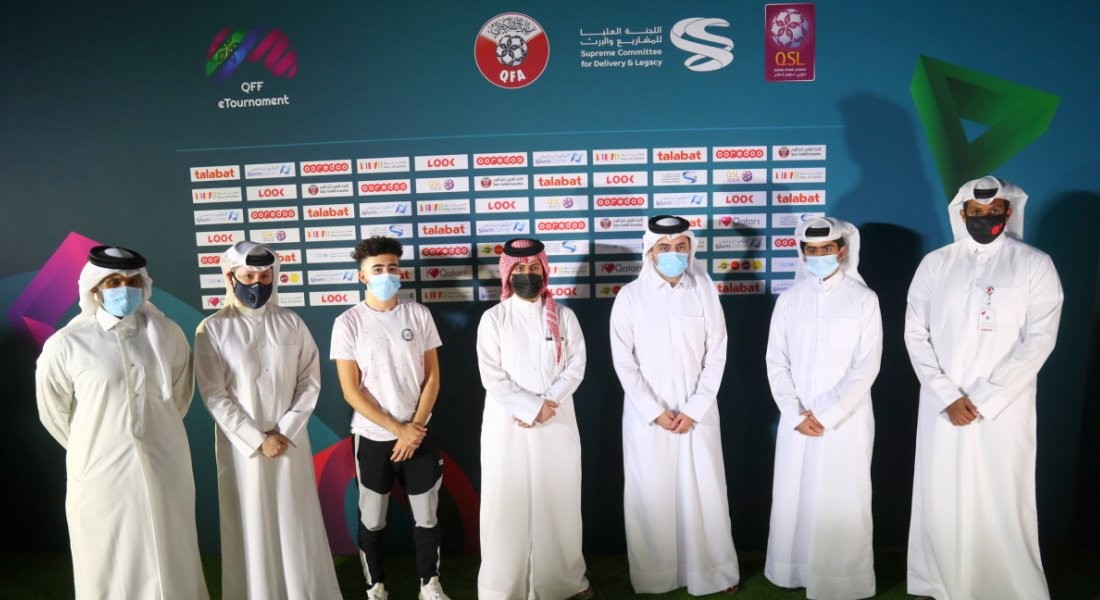 The first edition of Qatar Football Family (QFF) e-Sports Tournament, jointly organised by the Qatar Football Association (QFA), Qatar Stars League (QSL) and Supreme Committee for Delivery & Legacy (SC) from 6th to 20th October, 2020, concluded at the Mall of Qatar, with the participation of approximately 260 e-sports fans in the State of Qatar only on PlayStation 4.

The semifinals, third/fourth-place match and final were played in the evening on Tuesday, 20th October, 2020, at the Mall of Qatar, in the presence of Mr. Hassan Rabiah Al Kuwari, Executive Director of Sales, Marketing and Communication at the QSL, Mr. Khalifa Saleh Al Haroun, Executive Advisor (Marketing) at the QFA, Mr. Khaled Al Suwaidi, Senior Manager, Stakeholder Relations at the SC, and Mr. Turki Al Jaber, Assistant Director of Consumer Campaigns Management at Ooredoo, the Gold Sponsor.

The matches were broadcast live on the Oasis Stage Giant Screen at Mall of Qatar, in addition to the tournament account via Twitch, a social media platform that specialises in electronic games.

The first four finishers were crowned at the end of final. A number of valuable prizes, offered by the tournament’s sponsors and partners, were given away to the top 100 players according to the final rankings.

The Organising Committee congratulated all winners, and thanked all participants in the first edition. It expressed its thanks and appreciation to all sponsors and partners, who contributed to the tournament’s big success.