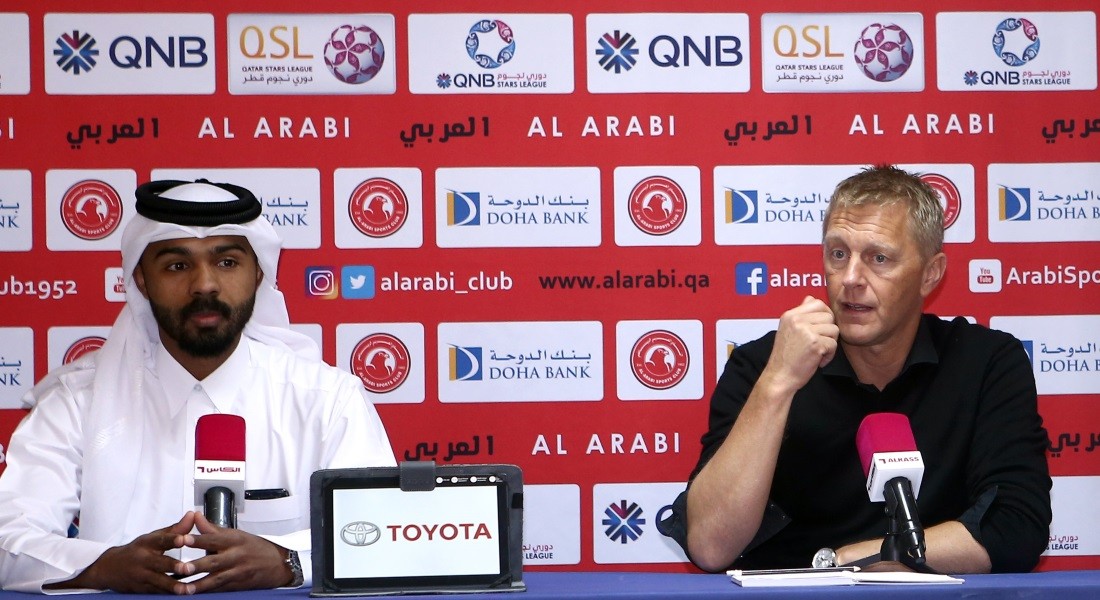 Al Arabi coach Heimir Hallgrimsson spoke to the media ahead of their QNB Stars League Week 17 match against Al Shahania.

“This game against Al Shahania is a good opportunity for us to compensate for the loss we suffered in the last round against Al Rayyan and also for my players to show their desire to be among victories.

“We are playing against a strong team which knows how to impose its style. We analysed them and we know their strengths and weaknesses, so the game will be difficult. We have signed with a number of new players and also young players. In football, it takes time to start getting good results.

“We are in the process of developing a strong squad that can fetch us good results and is ambitious. We will benefit from it next season, especially since we tried out a number of coaches of late.

“New players need time to gel well into the squad. Statistics showed we presented a good level during the match against Al Rayyan in the last round despite losing,” said Hallgrimsson.