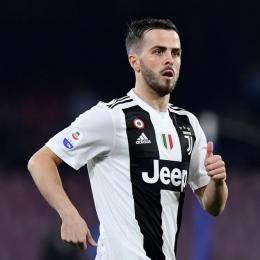 According to Corriere dello Sport, Real Madrid management are getting eager and eager on making an unwavering move on Bosnian star midfielder Miralem Pjanic (turning 29 on Tuesday, April 2nd). While Merengues are planning to go firsthand with either an all-cash bid, or a swap proposal having Toni Kroos go on the other way around, Juventus are considering bringing to the table a further new contract draft, despite Pjanic having extended until June 2023 just last August, pushing his annual salary up to 4.5 million euros.