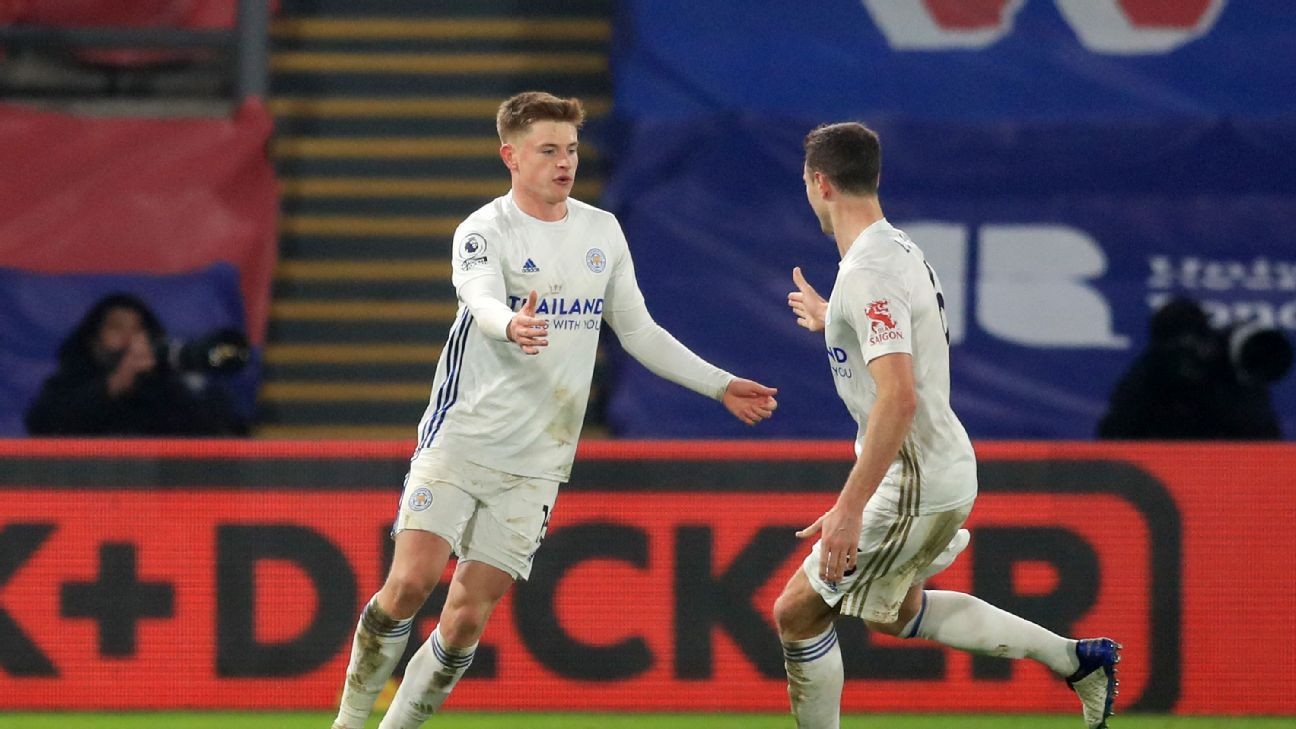 Leicester City's Harvey Barnes grabbed a late equaliser to earn his team a 1-1 draw at Crystal Palace on Monday that lifted them up to second in the Premier League table.

Leicester could have taken the lead in the 18th minute from the penalty spot after Luke Thomas was fouled by James Tomkins, but Kelechi Iheanacho's weak effort after a stuttering run-up was saved by goalkeeper Vicente Guaita.

Palace went ahead just before the hour mark when Andros Townsend floated a cross to the far post for Wilfried Zaha to volley home from an acute angle, his shot sneaking past the hand of goalkeeper Kasper Schmeichel.

Barnes claimed his second goal in as many games seven minutes from time, driving a low shot from the edge of the box past the outstretched arm of Guaita.

Leicester will remain second overnight with Everton, level on points with them, not playing later on Monday after their home match against Manchester City was postponed following more positive COVID-19 cases at City.