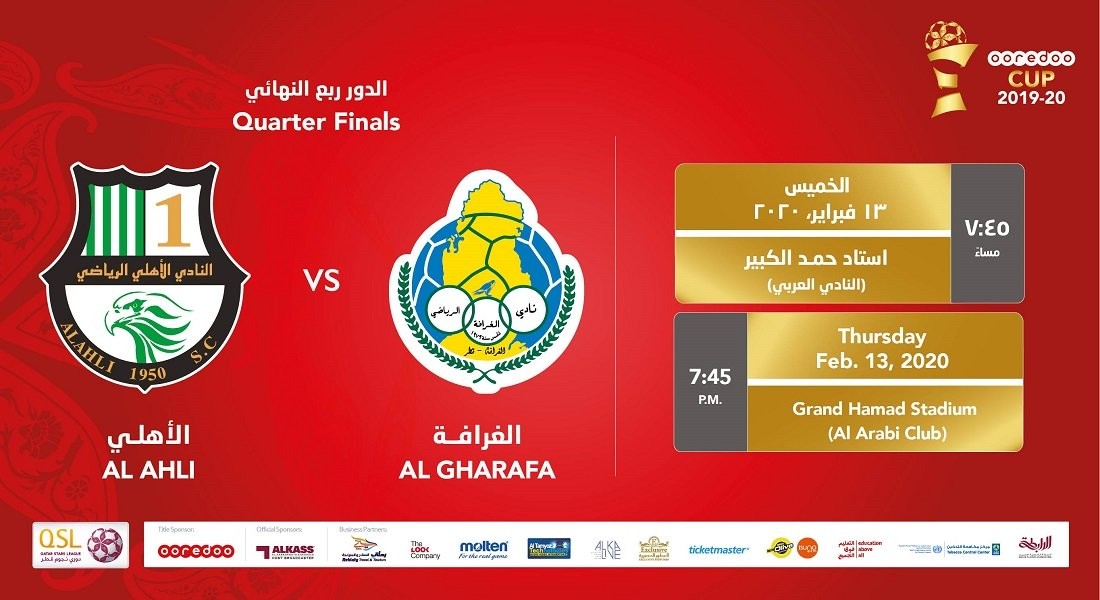 Al Ahli face Al Gharafa in the quarterfinal of 2019-20 Ooredoo Cup at the Al Arabi Stadium on Thursday.

Al Ahli progressed to the knockout quarterfinal in style by topping Group A with 12 points (four wins and one defeat). They had a goal difference of +7 (15 goals for and eight against).

Al Gharafa sealed their berth in the quarterfinals by virtue of having finished fourth in Group B with five points (one victory, two draws and as many defeats). They had a goal difference of -4 (six goals for and 10 against).

The Cheetahs’ only victory came in the last round when they beat Al Sailiya 2-1.

Al Ahli reached the quarterfinal of Amir Cup last week by beating Qatar SC, where as Al Gharafa bowed out of the competition after losing to Al Markhiya.

Al Gharafa may miss the services of Hector Moreno, Koo Ja-Cheol and Ahmed Alaaeldin due to injuries, but they will mainly have Jonathan Kodjia, Othman Al Yahri, Yossef Muftah, and the Algerian duo of Adlene Guedioura and Sofiane Hanni.

On the other hand, Al Ahli are better off in terms of players’ readiness. Injured Uruguayan striker Abel Mathias is expected to be in action.

Al Gharafa are the reigning champions of Ooredoo Cup. They beat Al Duhail 1-0 in last edition’s final. They had triumphed in the previous season as well.