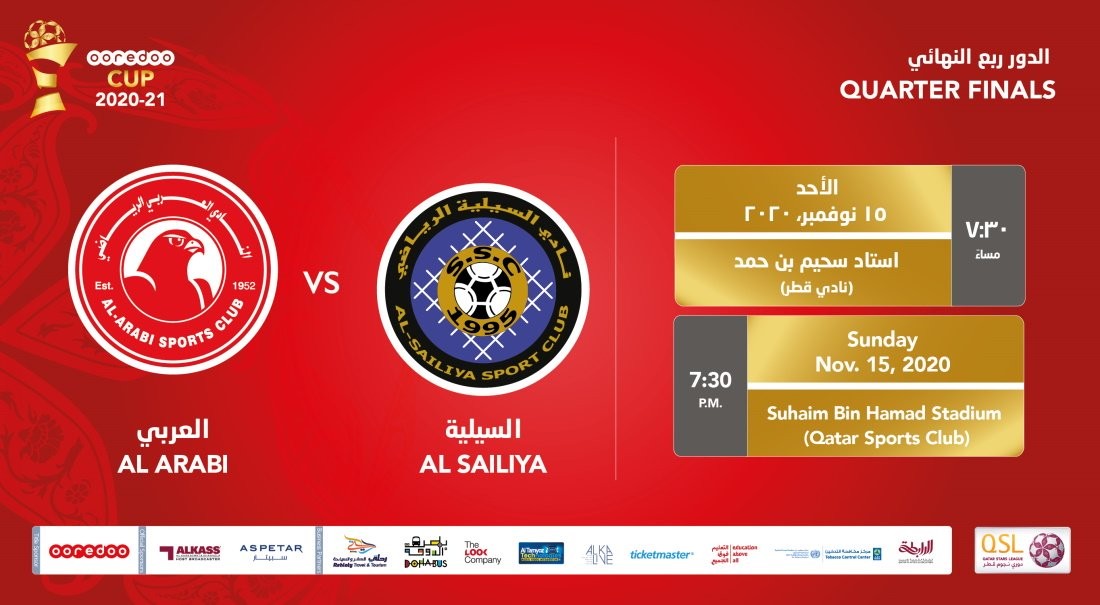 Al Arabi face Al Sailiya in the quarterfinal of 2020-21 season Ooredoo Cup at the Qatar SC Stadium on Sunday. The kick-off is at 19:30.

Al Arabi qualified for the quarterfinal as the runners-up from Group B with 11 points (three victories and two draws). They beat Al Ahli 5-1, Umm Salal 3-0 and Al Kharaitiyat 2-1, but were held 1-1 by Al Rayyan and goalless by Al Gharafa. They had a goal difference of +8 (11 goals for and three against).

Al Arabi had recently lost to Al Sadd in the 2019-20 season Ooredoo Cup final, but they have made it to the Amir Cup title clash after a long gap of 26 years. The Dream Team defeated Al Markhiya 2-0 in the first semifinal played on 30th October and will face Al Sadd in the final on 18th December. The Wolves beat Al Duhail 4-1 in the other semifinal.

Al Sailiya made it to the quarterfinal as the third team from Group A with eight points. The Peregrines had two wins, as many draws and a defeat with a goal difference of -1 (11 goals for and 12 against).

In-form Al Arabi will be wary of Al Sailiya, whose fighting spirit saw them pull off a last-gasp goal against Qatar SC in their final group match to secure a berth in the knockout stage.