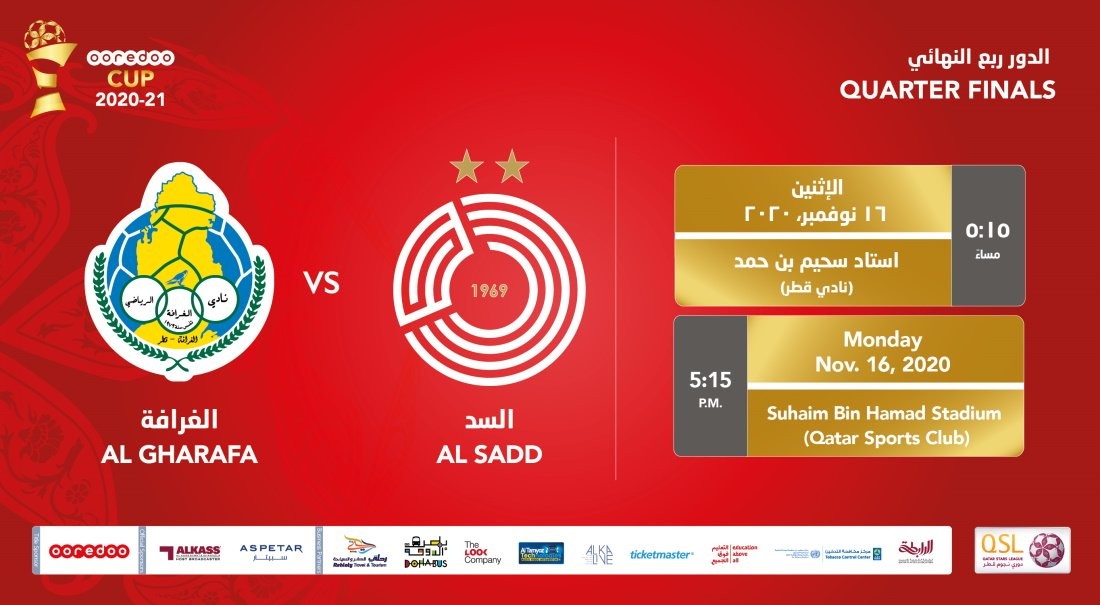 Al Gharafa face Al Sadd in the quarterfinal of 2020-21 season Ooredoo Cup at the Qatar SC Stadium on Monday. The kick-off is at 17:15.

Al Gharafa entered the knockout quarterfinal as the top side from Group B with 13 points. They had the most number of victories (four) in the tournament’s group phase.

Al Gharafa defeated Umm Salal and Al Rayyan by an identical 2-0 margin, and Al Kharaitiyat 3-1 and Al Ahli 3-0. The only time they dropped points was when they were held goalless by Al Arabi.

The Cheetahs had a goal difference of +9 (10 goals for and one against).

Reigning champions Al Sadd made it to the last-eight stage as the fourth team from Group A with seven points. The Wolves had two victories, as many defeats and one draw. Their goal difference was -2 (10 goals for and 12 against).

Al Sadd defeated Al Khor 1-0 and Al Duhail 3-0 (the match was postponed from Round 1 due to both teams' AFC Champions League commitments and was played on 7th November). They drew 4-4 with Al Sailiya, and lost 2-3 to Qatar SC and 0-5 to Al Wakrah.

Both Al Gharafa and Al Sadd are formidable teams, so a keen contest is on the cards.