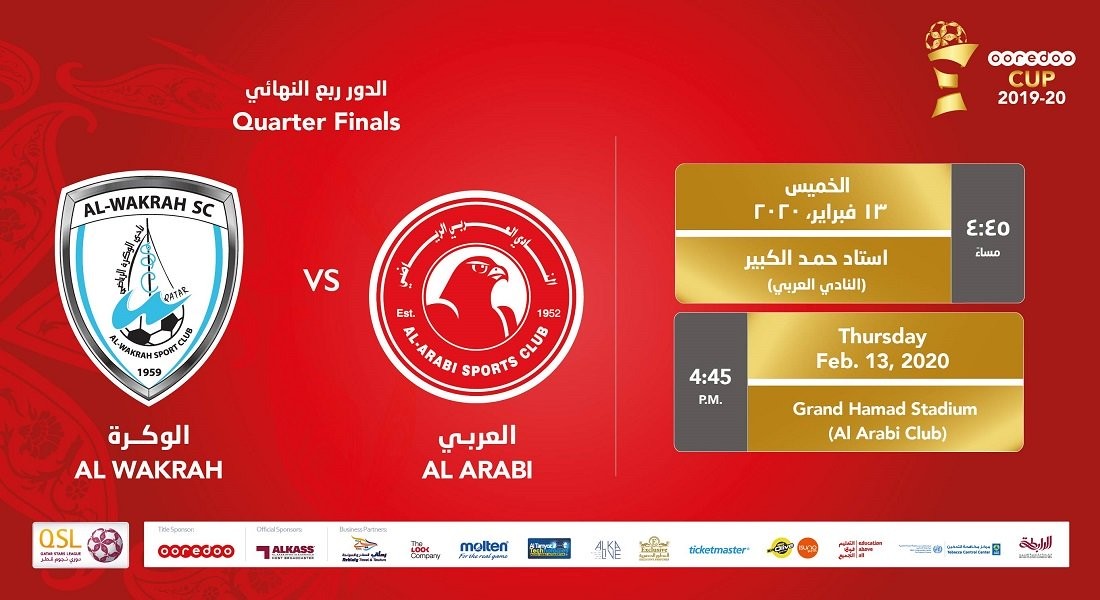 Al Wakrah face Al Arabi in the quarterfinal of 2019-20 Ooredoo Cup at the Al Arabi Stadium on Thursday.

Al Wakrah progressed to the knockout quarterfinals after finishing runners-up in Group A with eight points, four less than toppers Al Ahli.

Al Sadd and Al Rayyan (both seven points) were the other teams from Group A that advanced to the quarterfinals.

Al Wakrah had two victories and as many draws to their credit, and that was enough for them to make the cut despite losing big-time (0-6) to Al Ahli in the fifth and final round on 6th December. They had a goal difference of -1 (six goals for and seven against).

Al Arabi advanced to the knockout round after finishing third in Group B with seven points, behind Al Khor (13 points) and Qatar SC (10 points).

Al Arabi had only one victory to show for their efforts, but they had an unbeaten record having drawn the other four matches. They had a goal difference of +1 (seven goals for and six against).

Al Gharafa were the other side from Group B to reach the quarterfinals.