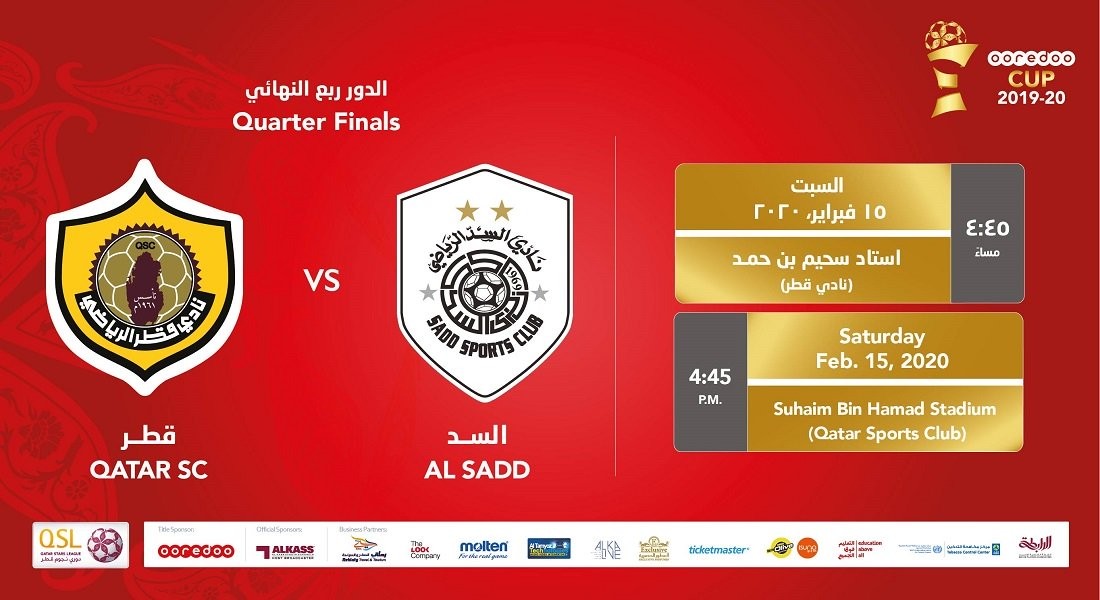 Qatar SC face Al Sadd in the quarterfinal of 2019-20 Ooredoo Cup at the Qatar SC Stadium on Saturday.

Qatar SC progressed to the knockout quarterfinals as the runners-up from Group B with 10 points, three less than Al Khor.

Al Arabi and reigning champions Al Gharafa were the other teams that advanced from the group.

Qatar SC registered three wins, one draw and a defeat to have a goal difference of +7 (nine goals for and two against).

The Kings would look to make amends for their 1-2 defeat at the hands of Al Ahli in the Amir Cup pre-quarterfinals last week.

On the other hand, defending QNB Stars League champions Al Sadd reached the Ooredoo Cup quarterfinals after finishing third in Group A with seven points (two wins, as many defeats and one draw). The Wolves had a goal difference of +3 (15 goals for and 12 against).

Meanwhile, Al Sadd, who have won both Sheikh Jassim Cup and Qatar Cup this season, reached the quarterfinals of Amir Cup with a 3-1 victory against Al Kharaitiyat last week.