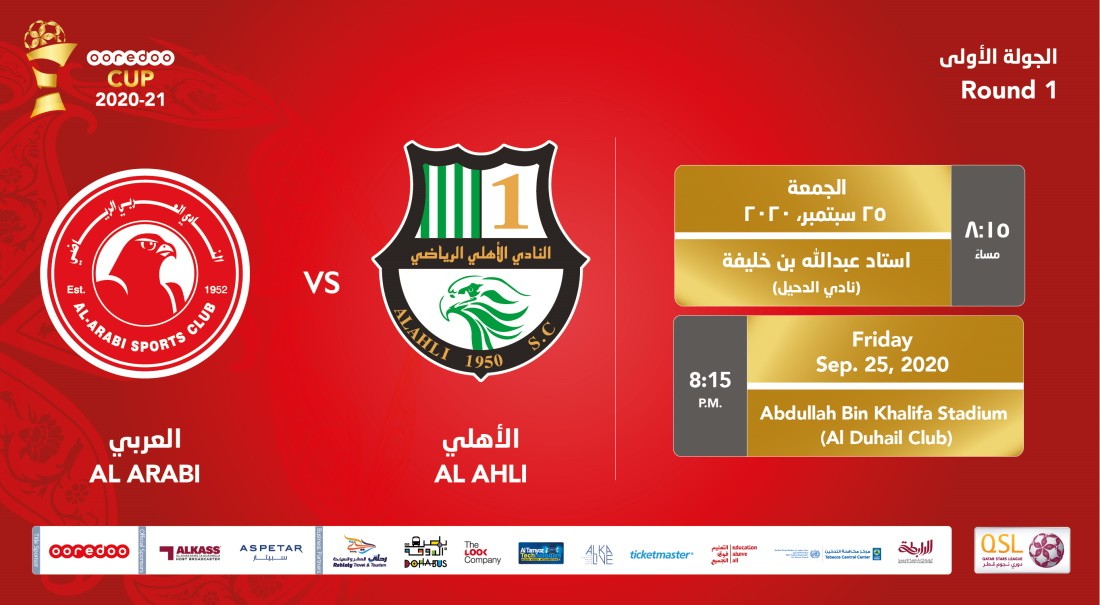 Al Arabi face Al Ahli in Round 1 (Group B) of the 2020-21 season Ooredoo Cup at the Al Duhail Stadium on Friday.

Sparks fly whenever Al Arabi face off with Al Ahli, the two clubs which have a strong fan base and are located in close vicinity to each other.

Both teams will definitely target full points as they try to make a strong start to the tournament.

Al Rayyan, Al Kharaitiyat, Al Gharafa and Umm Salal are the other teams in Group B.

Al Ahli are having a good run in the 2020-21 season QNB Stars League, which has taken a break after three weeks of action, as they top the standings with nine points and an all-win record.

The Brigadiers will be keen to sustain the momentum.

On the other hand, Al Arabi are languishing at 11th place in the QNB Stars League table with only one point. The Dream Team will try to compensate for their lapses at the beginning of the new season.