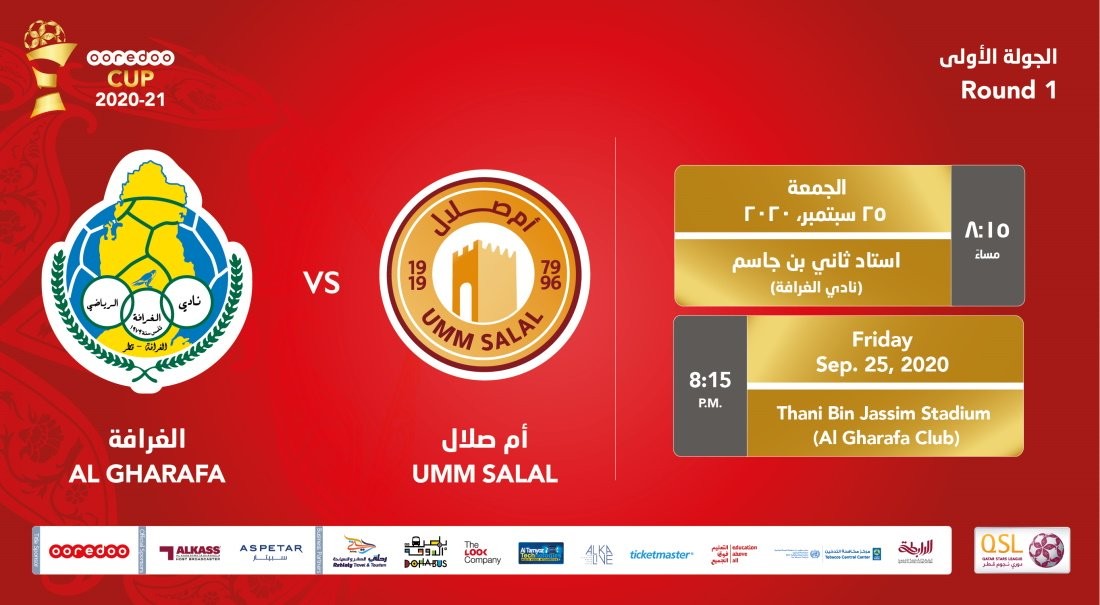 Al Gharafa face Umm Salal in Round 1 (Group B) of the 2020-21 season Ooredoo Cup at the Al Gharafa Stadium on Friday.

It will be a battle of contrasts as Al Gharafa enjoy stability of late mainly in terms of the level of their foreign professional players.

On the contrary, Umm Salal are undergoing major changes as far as their players are concerned as some players have left and some are being recruited as the 2020-21 season QNB Stars League has taken a break after three weeks of action.

Umm Salal’s Moroccan coach Aziz Ben Askar, himself their former defender, will be keen to make maximum use of his available resources, while his Al Gharafa counterpart Slavisa Jokanovic from Serbia will try to utilise the Ooredoo Cup in such a way that his players regain their form, especially the likes of Algerian midfielder Adlene Guediora who is back from a long injury layoff and some youngsters who have been doing well with the side for quite some time now.