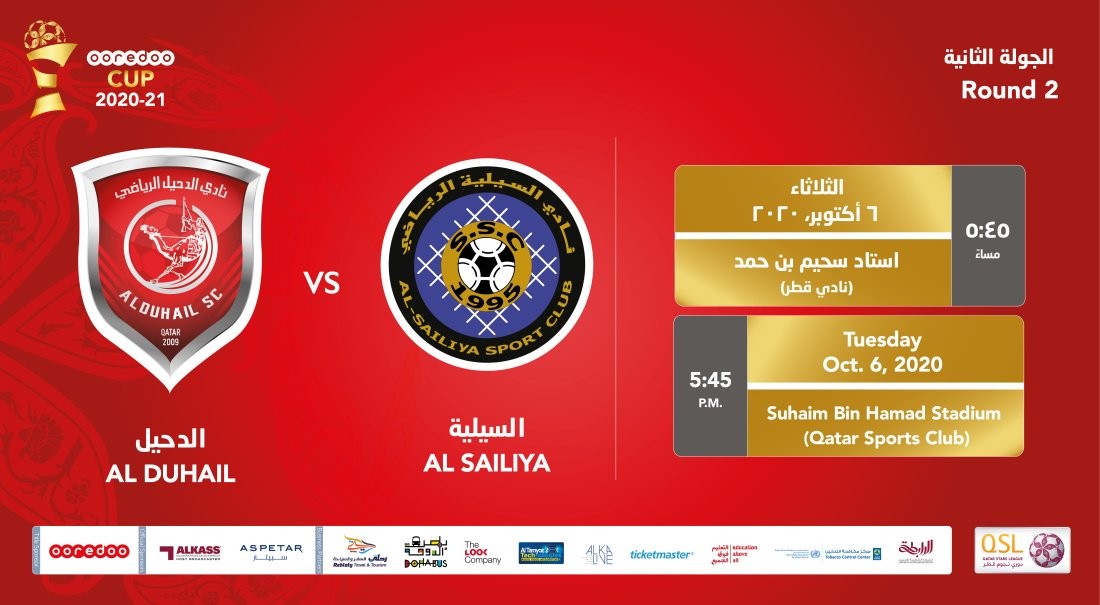 Reigning QNB Stars League champions Al Duhail go into their first match in the tournament as their fixture against Al Sadd in Round 1 was postponed owing to both teams’ campaigns in the 2020 AFC Champions League.

Al Duhail, who narrowly bowed out of the continent’s premier club tournament in the group stage, have players of outstanding calibre to put it across Al Sailiya even though The Red Knights have just parted ways with their Moroccan coach Walid Regragui by mutual consent.

But Al Sailiya possess the wherewithal to put up a stiff challenge. The Peregrines, who had lost big-time (1-5) to Al Khor in the opening round, have players capable of piercing any defence. They had reinforced their squad ahead of the new season.

Al Sadd, Qatar SC, Al Khor and Al Wakrah are the other teams in the group.