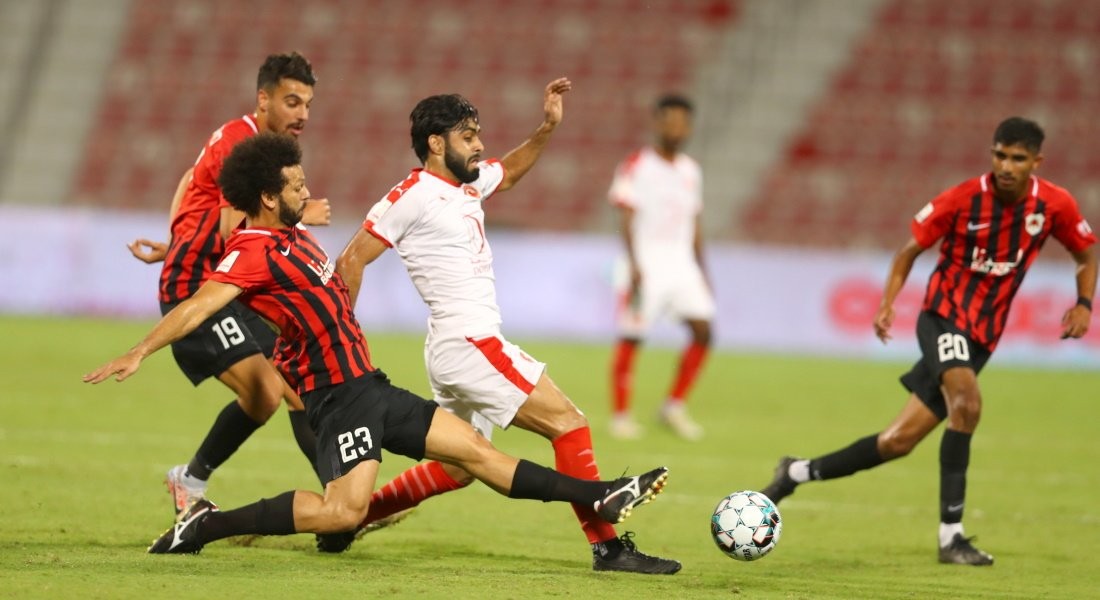 Al Arabi and Al Rayyan played out an entertaining 1-1 draw in Round 3 (Group B) of the 2020-21 season Ooredoo Cup at the Al Arabi Stadium on Wednesday.

Both teams showed purpose and the match witnessed dramatic moments throughout.

Naif was quick enough to take full advantage of Yohan Boli’s defence-splitting pass and beat a charged-out goalkeeper Sataa Al Abbasi even as Al Arabi were settling down.

Fahad thwarted Hamdi in the 28th minute as well.

Parity was restored when Khalid applied an opportunistic finish to a loose ball which Al Rayyan’s Gabriel Mercado, who mostly stands reliable at the rear, failed to clear.

Al Arabi took the field after resumption with a spate of substitutions, which saw Sebastian Soria, Mohammed Salah El Neel and Abdulla Al Marafi come in, as they sharpened their attack.

El Neel was unfortunate not to have scored around an hour into the game as his placing shot went narrowly wide after Yasir Abubaker did the hard work from the left flank.

Al Arabi too made a few replacements, with Mowafak Awad, Abdulaziz Hazaa and Ali Ferydoon taking the field.

The stalemate continued and the teams shared points.

Al Arabi are on seven points with an unbeaten record, while Al Rayyan collected their first point.