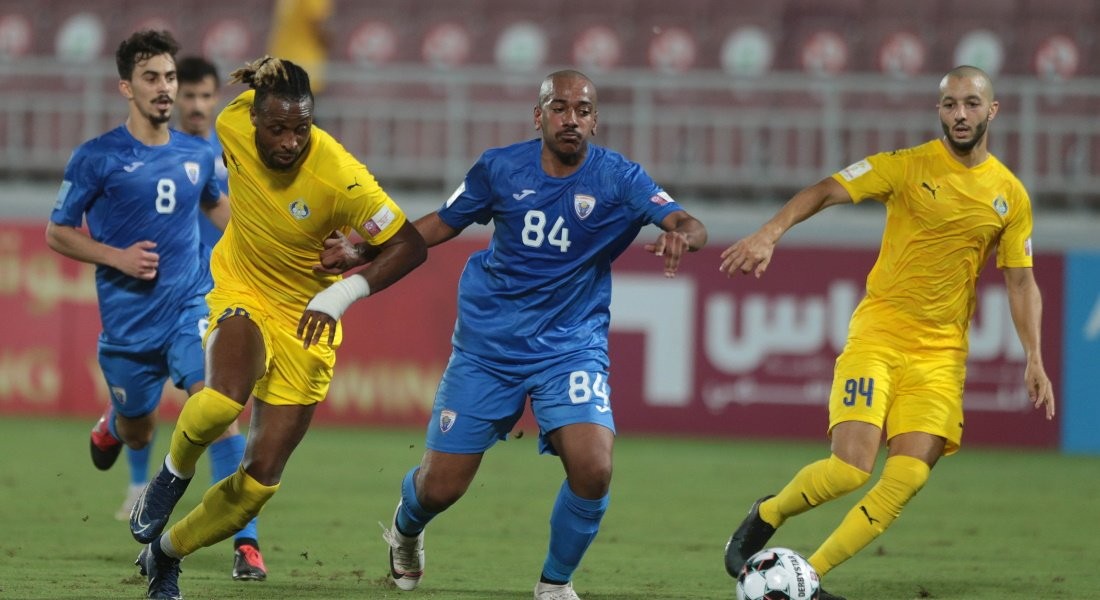 Al Gharafa beat Al Kharaitiyat 3-1 in Round 3 (Group B) of the 2020-21 season Ooredoo Cup at the Al Duhail Stadium on Wednesday.

The result saw Al Gharafa move to nine points with an all-win record and Al Kharaitiyat remain on six points.

Al Gharafa started strongly. But it was Al Kharaitiyat who surged ahead when Hassan Ali capitalised on a quick counter-attack and beat goalkeeper Salah Zakaria before placing the ball home.

Al Gharafa did not have to wait for long to equalise and Ahmed Al Janahi was spot-on with an excellent assist from Jonathan Kodjia, who had a good game out there.

Al Gharafa kept pressing hard in the second half even as Al Kharaitiyat sought to equalise.

The Cheetahs rounded off the score in the last minute of the game when Almahdi headed in a corner kick taken by Muad Hassan.