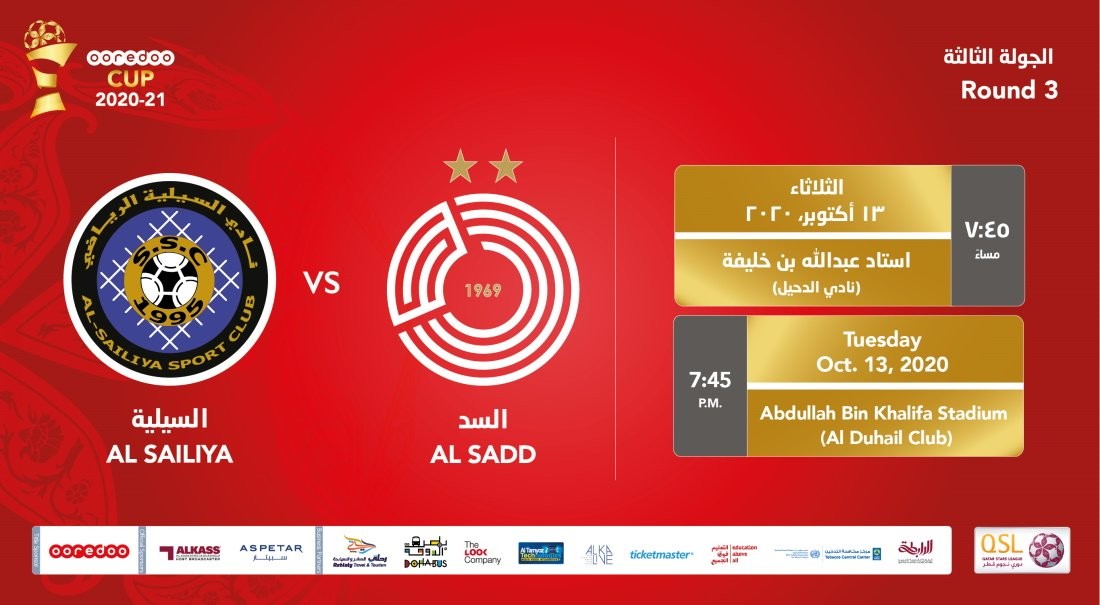 Al Sailiya are fourth in the group, behind Qatar SC, Al Wakrah (both four points) and Al Khor (three points). The Peregrines have the same number of points as Al Khor, but are placed behind on goal difference (-2 as against Al Khor’s +3).

Al Sailiya, who had lost 1-5 to Al Khor in Round 1, defeated reigning QNB Stars League champions Al Duhail 3-1 in Round 2.

On the other hand, Al Sadd have yet to open their account, the same as Al Duhail.

The Al Sadd vs Al Duhail game in Round 1 was postponed owing to both teams’ campaigns in the 2020 AFC Champions League.

The Wolves lost their game 2-3 against Qatar SC in Round 2, after leading by two goals.

Al Sadd, who will miss many of their players who are on national duty, are on a high after lifting the 2019-20 season Ooredoo Cup by beating Al Arabi 4-0 in the final played on 10th October.