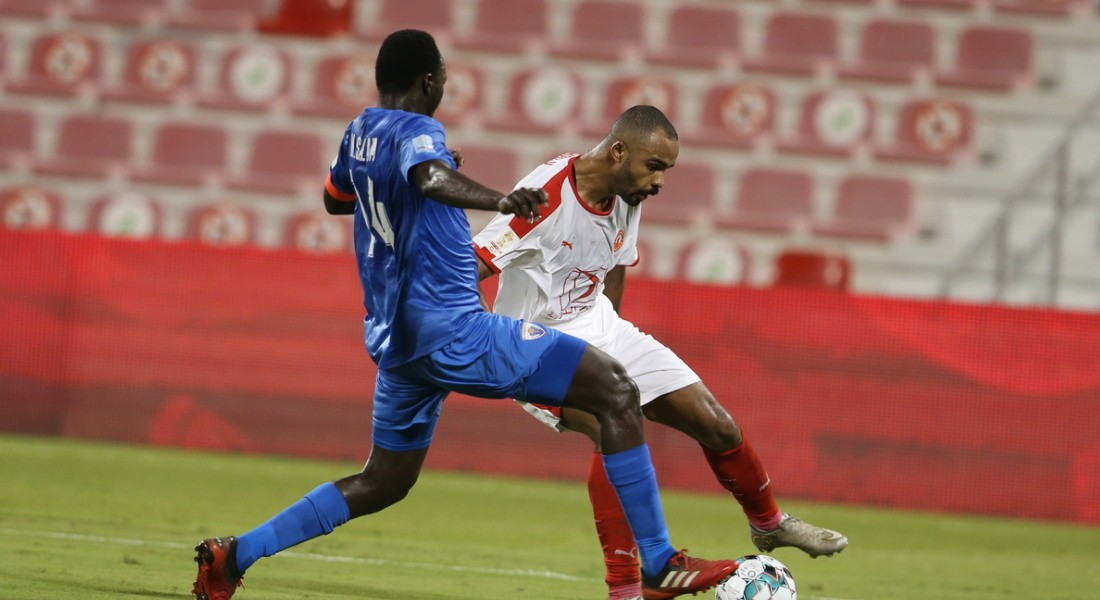 Al Arabi defeated Al Kharaitiyat 2-1 in Round 5 (Group B) of the 2020-21 season Ooredoo Cup at the Al Arabi Stadium on Monday.

It was Al Arabi’s third win from five matches. Coached by Heimir Hallgrimsson, The Dream Team finished their group matches with a tally of 11 points, while Al Kharaitiyat remained on six points.

In the 39th minute, Hassan Kamal of Al Kharaitiyat nearly pulled off a long-range stunner when his volley from outside the Al Arabi box went agonisingly close to the left of keeper Sataa Al Abbasi.

Al Arabi opened the scoring with a slick goal. Fahad Khalfan, lurking inside the Al Kharaitiyat box unmarked, latched on to a loopy cross from the edge of the box, lunged forward and tapped the ball into the net even as Oumar Sako tried to kill the move near his own goalmouth.

Overall, Al Kharaitiyat remained in control of the first half, enjoying 65 per cent of possession.

Al Arabi doubled their lead after Fahad Khalfan, who received a well-timed slip pass, launched a missile from outside the Al Kharaitiyat box. His left-footed drive smashed into the net with keeper Mustafa Abdulkardeen in no position to stop the ball.

Three minutes later, it was Fahad Khalfan again, straddling into the Al Kharaitiyat box, but the goalkeeper stopped his low powerful shot.

Mensah unleashed a powerful swinging shot from the edge of Al Arabi box in the 69th minute, but his shot bounced off the goalpost.

However, Menshah was not to be denied deep into the game as he found the target with a spectacular low drive off a free-kick to reduce Al Kharaitiyat’s deficit.