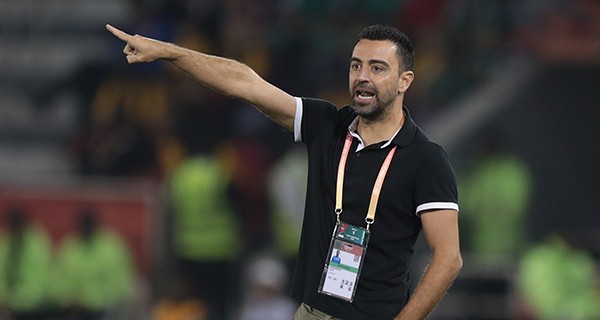 Doha, Qatar: Al Sadd coach Xavi Hernandez spoke of the difficulty of the upcoming QNB Stars League Round 17 clash against Al Rayyan, saying that both teams have similar goals to win the league.

Speaking at the press conference, Xavi said: “It will be a very difficult match between the two teams and an intense one for the fans as well. Our goals are similar to Al Rayyan, and our aim is to win. A draw will not help us, and losing will end our dreams of winning the league.”

Al Sadd are third in the standings with 32 points, seven behind leaders Al Duhail and three adrift of Al Rayyan and another defeat will all but end their title challenge.

Xavi said they need help from other teams to have any chance.

“We have 6 finals in which 18 points are very important to us and we depend on the results of the leaders (Al Duhail),” said Xavi.

“I am very disappointed for the draws with Umm Salal and Al Arabi; the loss of the two-match points has had a great impact, as we look to continue our campaign in the league, especially as we focus on all competitions.”

Regarding the absence of a number of key players and its impact on the team, the Spanish coach said: “The absence of these players did not have an effect. We were not successful when it came to the final touch, especially in the matches against Umm Salal and Al Arabi, and therefore our position got complicated despite the good performance in all the matches.”

He added: “I am very happy with what Al Sadd has had to offer this season until this moment. Our season is positive, but we must improve many things. The bad points were in the 3-0 loss against Qatar SC and the participation in the Club World Cup. We played well against Monterrey but lost by a big score to Esperance.”

“In general, the team is very good and has had a positive level up to this point, which is shown by the titles we won.”

When asked about the postponement of the Al Ain match in the Champions League, Xavi said: “I wanted to play the Al Ain match, but the coronavirus has forced many developments in world football and for the sake of the safety of the players, it is a very correct decision.”