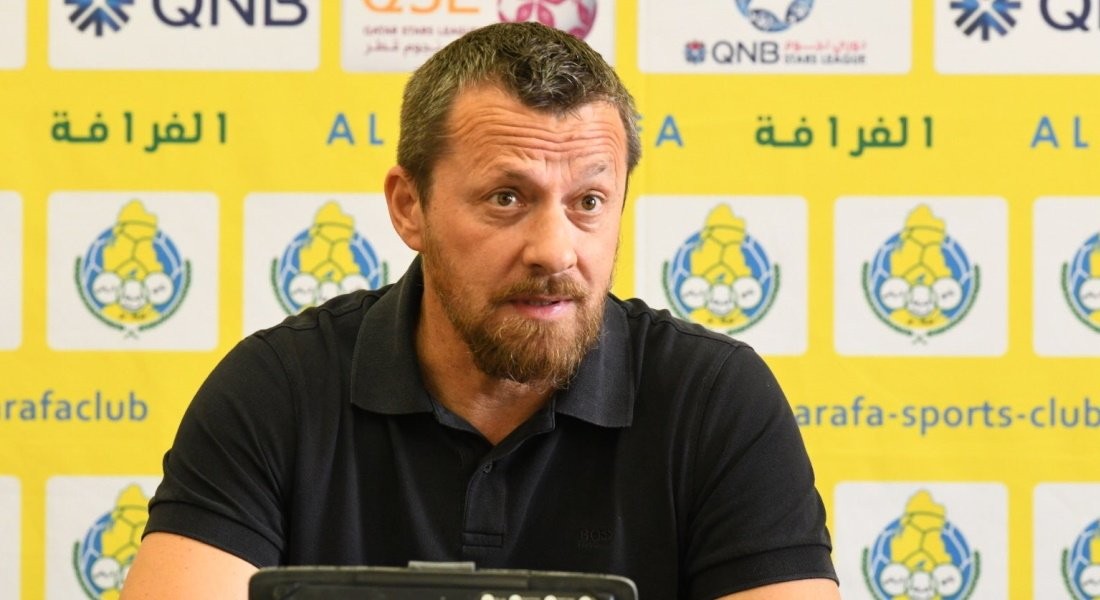 Al Gharafa coach Slavisa Jokanovic spoke to the media ahead of their 2019-20 QNB Stars League Week 19 match against Al Duhail.

“Our preparations for the match against Al Duhail were normal, like we do ahead of other games. We had eight days after our previous match against Al Arabi, which is enough time to analyse the performance, identify weaknesses, strengths, and prepare the team.

“Certainly, we are happy with the victory and the three points that we got against Al Arabi. It was important to consolidate our presence in the top four. We started that match well, but we were not at our level in the second half. We know that we can provide better performance, so we worked during this week well to provide a better performance in the next game.

“We are looking forward to play this match with the same ambition that we have in all our games, which is playing strongly and competing for the three points. This is our target especially since the resumption of the league after a long break. We will work to collect the maximum number of points from the remaining four games, including the next one against Al Duhail. They are strong opponents and are leaders in the table. They deserve their current position.

“It is certain that the game will be difficult, as was our match against them in the first leg. I remember we played well, but we lost the points in the last moments because of a simple mistake. In general, mistakes against strong teams cost a lot, we will work to avoid making mistakes against Al Duhail. We know that they are competing for the title, so the points on offer are important for us as they are for them,” said Jokanovic.

Al Gharafa player Othman Al Yahri said, “All players are ready to face Al Duhail psychologically, physically and technically. We got an important victory against Al Arabi in the last round and those three points were very important in our journey because it helped consolidate our chances of being in the top four.

“We want to win the next four games to to ensure a top-four finish and play in the AFC Champions League next season.

“The players are motivated after the victory against Al Arabi and are ready to provide the best not only against Al Duhail, but in all upcoming matches.”