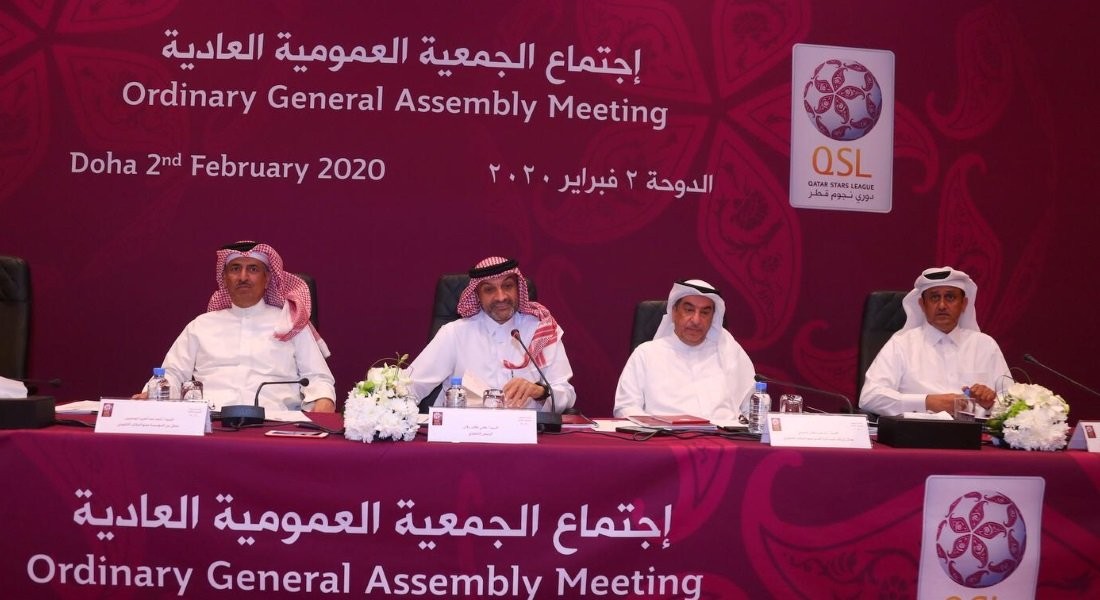 The Ordinary General Assembly procedures started with the address of Mr. Hani, “On behalf of His Excellency Sheikh Hamad bin Khalifa bin Ahmed Al Thani, President of QSL, and on behalf of Executive Committee members, I welcome all of you to this meeting.

“As mentioned in the agenda, the meeting will witness the election of club representatives to QSL’s Executive Committee, in addition to presenting the annual report and other regular matters discussed in general assemblies. We take this opportunity to thank the brothers in the Electoral Committee for their great efforts in preparing the regulations regarding elections and their management of the preparatory procedures for the electoral process. I extend my sincere thanks and gratitude to Mr. Jassim Al Rumaihi and Mr. Nasser Al Hitmi for their valuable contributions, efforts and co-operation with us throughout the previous period.”

Mr. Hani announced the start of Ordinary General Assembly in accordance with the agenda, where the approval of the Ordinary General Assembly was done in accordance with the Articles of Association of the organisation, appointing members to record and review the meeting’s proceedings, approving the annual report on the activities of the organisation, reviewing and approving its audited financial statements for the year ended and approving the auditor’s report, appointment of independent auditors based on the recommendation of Executive Committee and view the budget approved by the Executive Committee.

Mr. Al Rumaihi was chosen as a member of the Executive Committee as an experienced person, according to the statute.

At the end of the meeting, the new members of the Executive Committee were welcomed and everyone wished them success in their duties.

The QSL’s Executive Committee will be as follows: