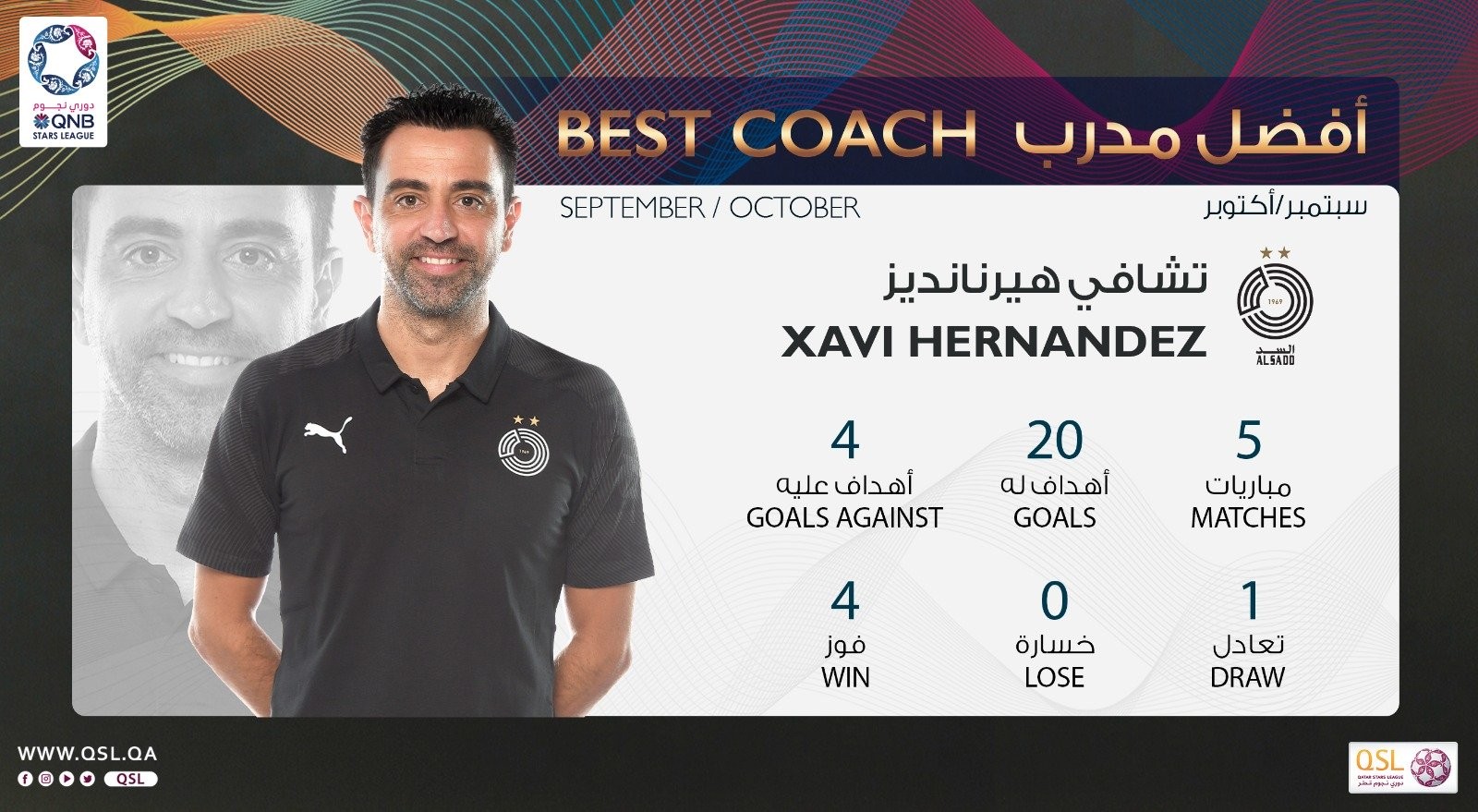 Xavi Hernandez of Al Sadd has been named as the 2020-21 season QNB Stars League’s Best Coach for the months of September & October, 2020, according to STATS, the official statistics and figures provider for the Qatar Stars League.

Under Xavi, Al Sadd played five matches. They won four of them and drew one game.

Al Sadd’s game against Al Duhail was postponed from Week 3 due to both teams’ AFC Champions League engagements and was played on 21st October.

During the period, Al Sadd scored 20 goals while conceding four and they are now topping the QNB Stars League standings with 13 points.

Xavi’s playing career was full of success with Barcelona, ​​where he joined at the age of 11, winning many titles especially in Spain and Europe.

In 2015, he moved to Al Sadd, where he won the Qatar League, Amir Cup and Qatar Cup. The Spaniard took up coaching after retiring as a player at the end of 2018-19 season with Al Sadd. He has since been at the helm of Al Sadd.