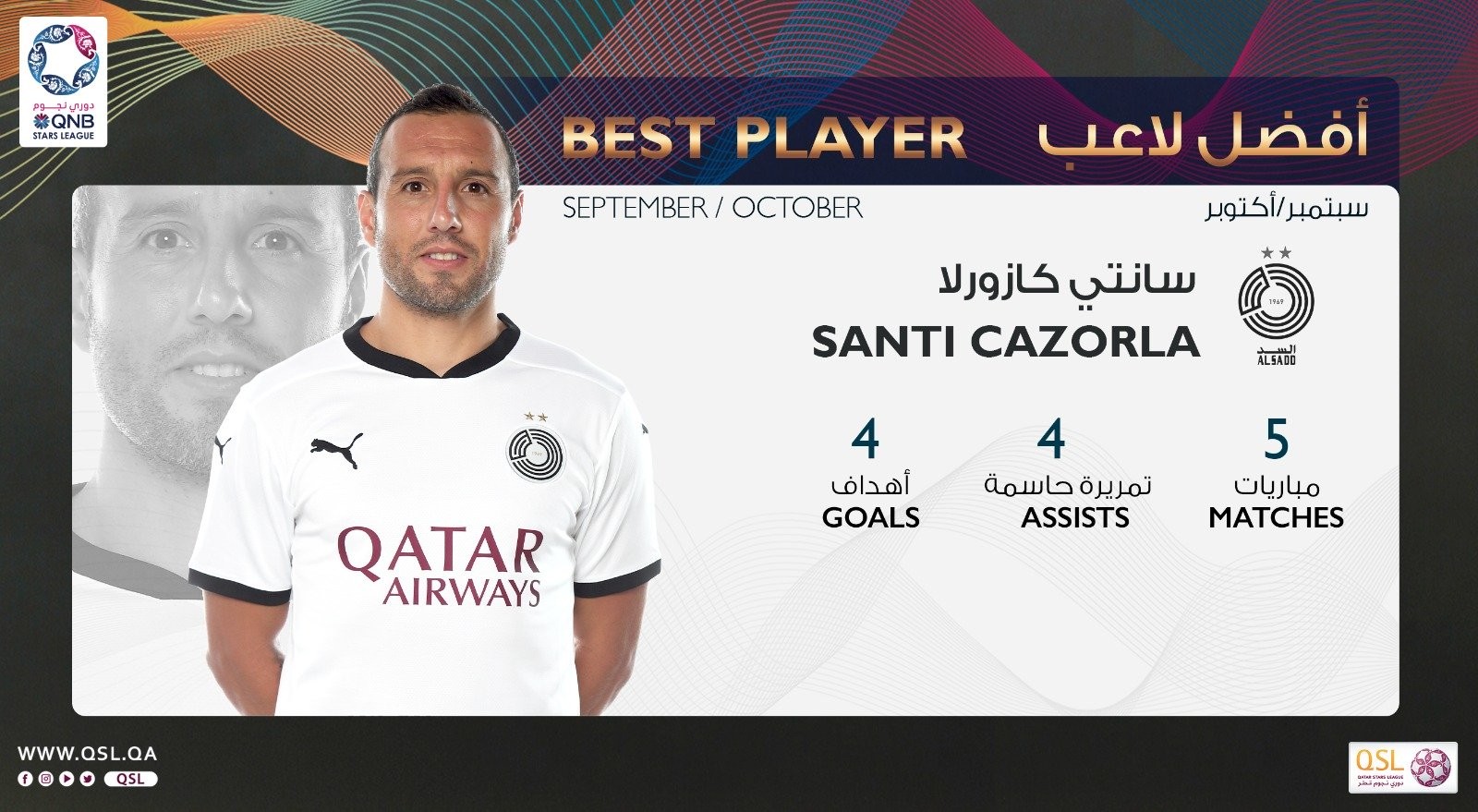 Santi Cazorla of Al Sadd has been adjudged the 2020-21 season QNB Stars League’s Best Player for the months of September & October, 2020.

The attacking midfielder, who joined the Al Sadd ranks this season, scored four goals and gave as many assists, according to STATS, the official statistics and figures provider for the Qatar Stars League.

In the process, Cazorla, who has had highly-successful stints with many European teams (mainly Arsenal and Villarreal), played a crucial role in Al Sadd’s impressive run during the period that saw them top the QNB Stars League standings with 13 points after five weeks’ action.

During the period, Al Sadd won four of the five matches played and drew one game, scoring a total of 20 goals and conceding four.