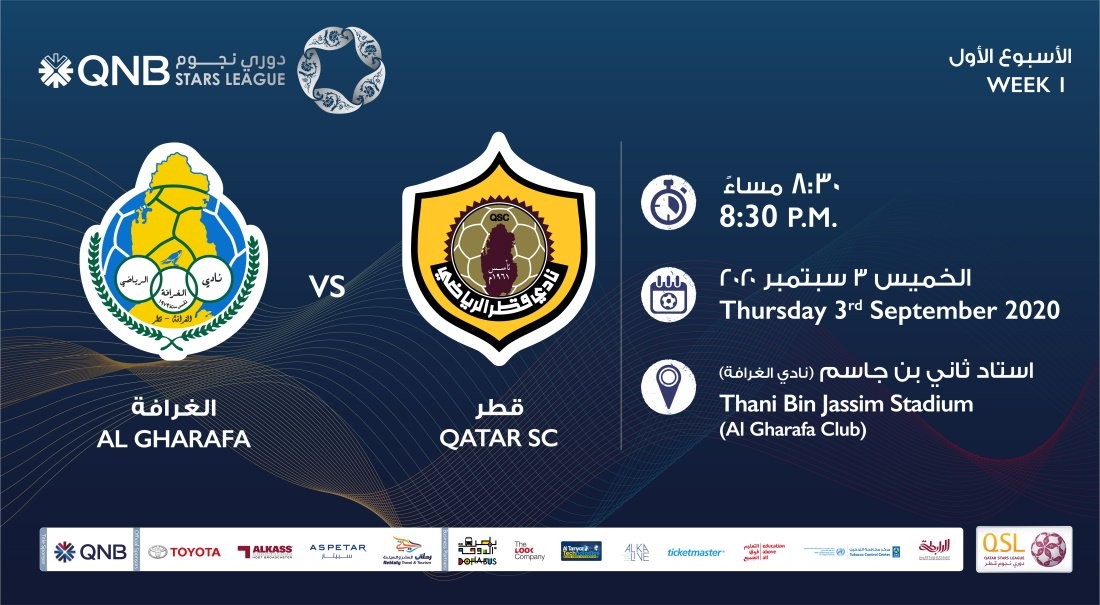 Al Gharafa had finished a creditable fourth in the 2019-20 season, behind champions Al Duhail, Al Rayyan and Al Sadd in that order. The Cheetahs, coached by Serb Slavisa Jokanovic, thus ensured a berth in the next edition of elite Qatar Cup and a possible place in next year’s AFC Champions League play-off.

So, Al Gharafa, a traditional powerhouse in Qatar football with many titles and honours to their credit, will embark on the new season on a confident note.

That will make Qatar SC wary of their rivals.

Qatar SC had dropped many points in the first leg of 2019-20 QNB Stars League, but they more than made up for it with a series of positive results in the tournament’s latter session.

The Kings, under the tutelage of former Al Ahli and Qatar international midfielder Younis Ali who has just replaced Wesam Rizik, will definitely look for a positive start to the new season.