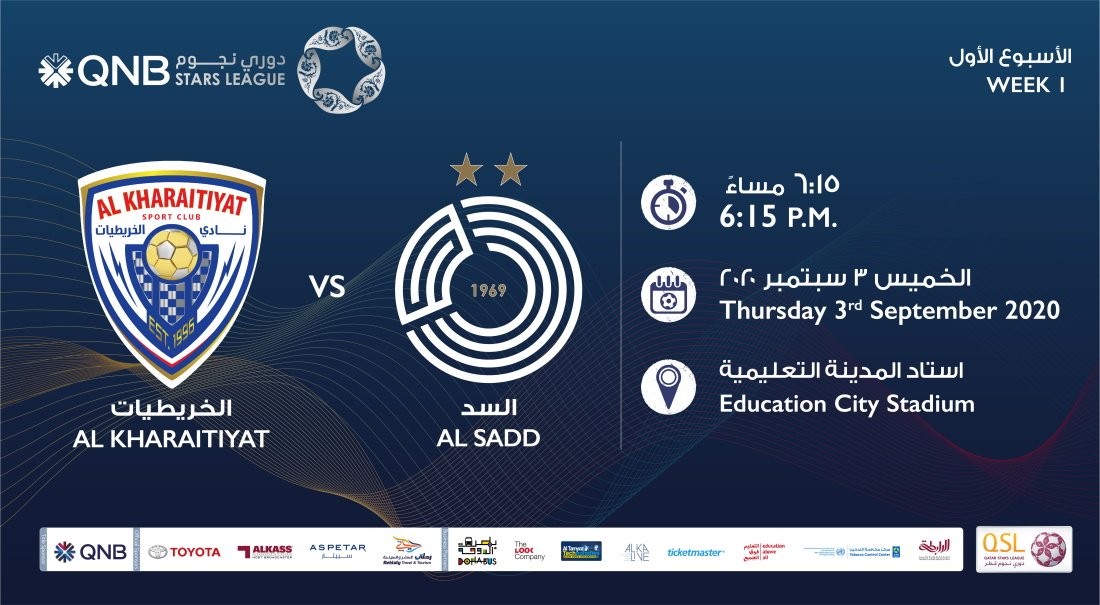 Al Kharaitiyat are back in the top flight after a gap of one season. The Thunders had finished at the bottom in the 2018-19 season and were relegated to the Second Division.

However, they are back in the First Division by emerging as winners in this season’s Second Division.

Al Kharaitiyat, coached by Yousef Adam, will be keen to make an impressive start to their campaign.

On the other hand, Al Sadd, who finished third in the recently-concluded 2019-20 season, will also be eager to make a winning start to the new season.

And Al Sadd’s Tarek Salman was adjudged the Best Under-23 Player.

Coached by Xavi Hernandez, The Wolves are sure to go all out in their bid to regain the coveted league shield.