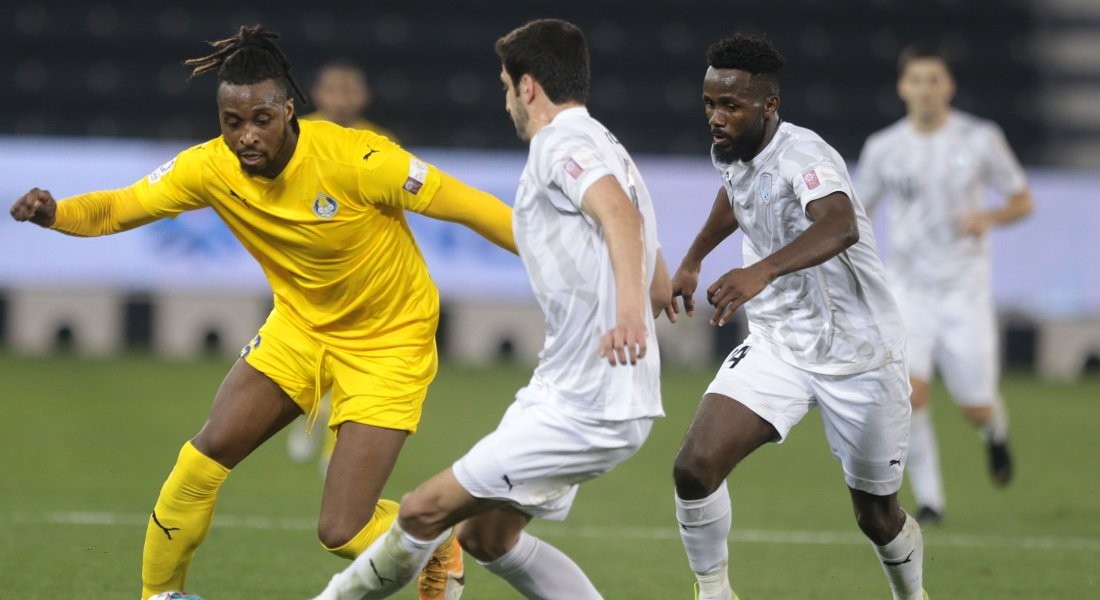 Al Gharafa defeated Al Wakrah 1-0 in Week 10 of the 2020-21 season QNB Stars League at the Al Sadd Stadium on Tuesday.

The only goal of the match came when Al Gharafa’s Homam Elamin’s shot was deflected into the goal by Al Wakrah’s Ali Karami in the eighth minute.

Al Gharafa, with their seventh victory, moved on to 21 points, while Al Wakrah suffered their sixth defeat and remained on 10 points.

Both teams were coming off defeats, Al Gharafa crashing 1-4 against Al Sadd and Al Wakrah losing 0-1 to Al Khor in Week 9.

Al Gharafa dominated the match early on and got the goal that gave them vital three points.

A couple of minutes after taking the lead, Al Gharafa wreaked havoc in the rival goal as Al Wakrah defender Ousmane Coulibaly had to effect a sliding save near the goalline off a shot by Amro Seraj when goalkeeper Mohammed Saeed had left his charge.

Al Wakrah spearhead Mohamed Benyettou had their best chance in the first half, but his header off a free-kick taken by Cristian Ceballos went narrowly wide.

Al Gharafa utilised the flanks more, especially on the left through which Homam and Jonathan Kodjia launched their raids. Homam had a shot saved by Ali Karami in the 35th minute.

Al Wakrah upped the ante in the second half and, a few minutes after resumption, Benyettou’s header was parried by the goalkeeper.

They were unlucky not to have scored as Omar’s goal in the 90th minute was ruled offside. Ceballos and Omar too tried hard, in vain.

Al Gharafa too had their chances during the session. Kodjia’s shot was blocked by the goalkeeper, Ahmed Al Janahi missed a sitter by skiing his shot from close and Sofiane Hanni sent his free-kick straight to the hands of the goalkeeper.